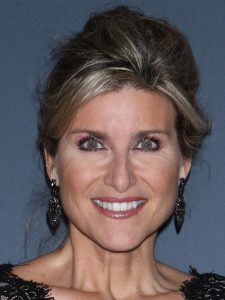 Ashleigh Banfield was first demoted from her profile and fired less than a year later from MSNBC in 2003 for breaking what people in the cable TV business might call a code of conduct.

We will in further segments explore the answers to the asked question back, then, “what happened?”

“She is already a familiar name in the Canadian TV journalism industry, she has won an Emmy award plus she has worked with ABC and other known television channels.”

Perhaps these points circles over board member meetings of MSNBC and therefore,  MSNBC hires her in early 2000 recognizing her potential as a star TV journalist. She gets famous on MSNBC and people liked her reporting skills.

She gets more popular when she gives a live report of the 7 World Trade Building collapse situation right from the scene and eventually gets promoted and sent all over the world to produce her program called “ Region in conflict.” She is now at this point MSNBC/NBC’s new star, and she gets advertised heavily by the company as “The one.”

Accelerated by MSNBC, she runs her project in countries like Afghanistan, Iraq, and Pakistan and interviews, various people.

But a speech of just about 15 minutes in April 2003 at Kansas State University, shadows her hard-earned reputation at MSNBC.

In the controversial speech, she talks about people ignoring other aspects of war such as people being affected, soldiers fighting hard, and voices being silenced because of the war plus the media coverage of the story and connects her overall speech raising concerns about the way media covered the conflict in Iraq to blaming.

The channel Fox sympathizes Arab world explores America’s positions in different countries like Iraq, Libya, and Iran, and requests people to analyze carefully what news they get in media and what news they should get in media besides only looking to the result of the war itself as glorious or about throwing a dictator.

This incident makes NBC management so angry that they first demote her for ten months with no access to the computer, mobile, or office. It gets harder for her when they don’t accept her request to leave the office for 17 months, and she has to work in a tape closet. She says she will never forgive the president of NBC News, Shapiro for his cruel behaviors.

She is famous for her stylish rectangle sunglasses and argument skills which fire back to her sometimes like the time when she gets scolded by two Republican representatives during the discussion on the issues of the partial Untied States government shutdown in 2013 for not trying to understand their point of view and being pro-democratic.

And you also cannot forget her remarks that being gay is a lifestyle choice which she describes later as a situation that took place due to her misspeaking and mangling of words.