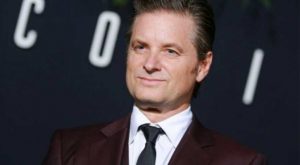 He was the son of attorney Frank and school librarian Beth. Whigham’s family moved to Lake Mary, Florida when he was five years old. He was enrolled at  Tyler Junior College in Tyler, Texas, and then transferred to the State University of New York at Purchase, New York, where he was part of a small acting program with only 31 students and a graduating class of eight seniors.

After graduating, he co-founded New York City theater troupe The Rorschach Group with his roommate Kirk Acevedo, and served as an actor and artistic director there for three years. He has a sibling younger to him, Jack Whigham. Currently, he is 46 years old. His debut for the television series was Ghost stories and for the movie was the Tigerland. Whigham appeared in one episode of the television series Ghost Stories in 1997 before he received a lead role in the 2000 film Tigerland, alongside Colin Farrell and Michael Shannon.

He also appeared on the television movies Submerged, R.U.S./H. and Paradise. Later in 2003, he acted in the film. In 2005, Whigham played the role of Ranger Holt, Drake Landon and Ryan Barrett in the movies Man of the House, Lords of Dogtown and Psychic Driving respectively. Later on in 2012, he starred in the movie Savages and Silver Linings playbook. The 2013 release Fast and the Furious 6 was also the blockbuster.

His role as the Detective Holliston in the movie Lila & Eve is filming currently. He has a regular role in the HBO series Broadwalk Empire. He also appeared in the HBO series True Detective as a disillusioned former minister Joel Theriot in 2014. Whigham has worked with famous actors such as Martin Sorcese, Robert Redford, Terrence Malik, Werner Herzog, Oliver Stone, and Robert Rodriguez. He has also starred with the new actors including Tim Van Patten, David Gordon Green, and Jeff Nichols and has starred opposite Robert Deniro, Anthony Hopkins, Christian Bale and Sean Penn. Recently he has appeared in the movies like Non-stop, The Wolf of Wall street, American Hustle etc.

This award winning actor has won many awards including Outstanding Performance by an Ensemble in Drama series for Boardwalk Empire in 2011, Screen Actors Guild Awards for American Hustle and Central Ohio Film Critics Association (COFCA) award in 2014. He has also been nominated for several awards for his brilliant roles. Whigham has fine body measurements with height of 5 feet 8.5 inches and his body looks magnificently bold in his shirtless pictures. His images can also be seen in internet.

Taking about Whigham’s personal life, he is married to Christine Whigham. Whigham and his wife have four children. The couples are living a happy life and there are not any rumors about their divorce. This proves that he is not a gay at all. There are not any rumors spread regarding Whighams extra marital affairs. The net worth and salary of Shea Whigham is not known.