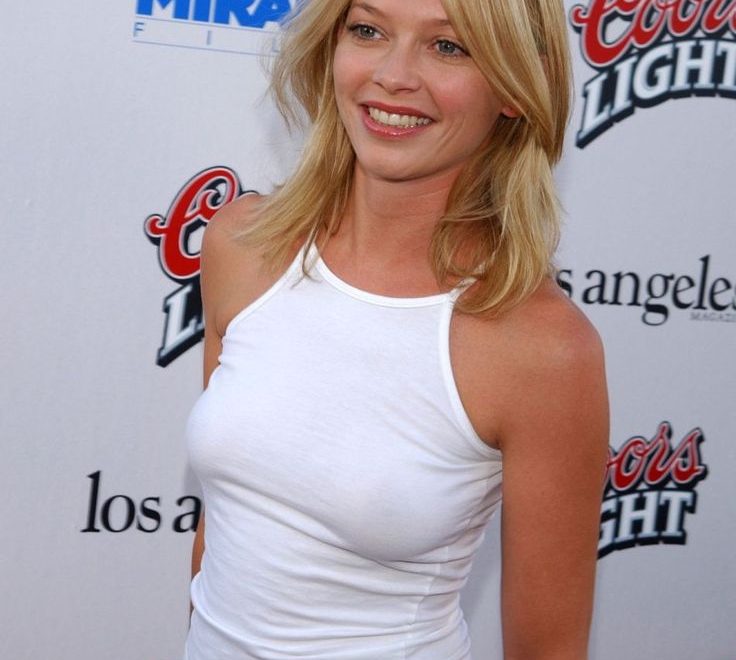 American actress Amanda Detmer likes to work hard to feel good about herself.  By acting in many movies and television shows for more than 20 years now.

The blond hottie has established her name in both the American television and movie industry as a determined and versatile actress.

Her first marriage with Barnardo Targett ended in three years with a divorce in 2007. From 2007 to the present, she is enjoying married life with her loving husband John Peter Crickellas.

Her “I will do what I want to personality” gives her an image of a spunky woman. She is so courageous that she has publicly admitted that she likes to burp, and she has also admitted that she even wouldn’t hesitate to pick her nose if she has to.

Plus she likes to laugh like a donkey when she senses the moment in the process as funny. Anyway, people may debate whether to count these personality traits of her in the sexy zone but in terms of body configuration, her perfect hourglass hot body makes her an extremely hot woman.

In an interview in 2003, she revealed the conflicts she had with the boys from her school. She says the boys would always hate her and tease her by calling her names like “Froggy” and “Frog Eye” behind her back.

She gets so heated and boosted up in the interview that she relates her attitude to be like “Hey, you don’t like my jiggly thighs? Go fuck yourself”. This statement of hers later cause lots of media buzz all over the country.

42 years old, Amanda was born in California in 1971 and raised in Chico by her teacher mother and singing cowboy father. Her father and mother get divorced in 1990.

She first learned drama from Uta Hagen because of the encouragement of her drama teacher and then got a degree in Master of Fine Arts from New York Universities.

After that, doing small plays and commercials, working in a restaurant, and doing whatever she could, she moves closer and closer to the show-biz industry.

Many of her roles in movies and television series as well as some topless scenes are still remembered by people. Some of the note-worthy parts of her movie career are “Drop Dead Gorgeous”, “Final Destination”, “Saving Silverman”, and “The Majestic and Big Fat Liar”.

Her television career is equally successful with work in series like “Proof of Lies”, “What About Brian”, “Private Practice” and many more.

She also has posed for many popular magazines. Very talented Amanda, who has worked in recent popular shows like “The Mentalist” and “Two and Half Man”, is working on the 2014’s upcoming show on ABC called “Sea of Fire”. It is said that she would play the role of the mother ‘Adine McAllister, whose daughter has disappeared.

To find out why and how just wait for the show. She is in her 40’s now, and probably, people will not see her in young roles in the coming future. But by her looks, she looks much younger than a woman of 40.

Anyway, time and again, she has already proved that she can do any sort of role that a movie may ask.