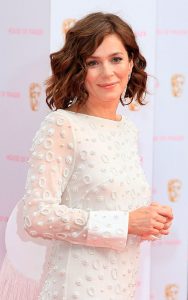 The hot and vivacious English actress, Anna Friel, is a famous name in the film industry. Beautiful actress was born in July 12, 1976 in Rochdale, Greater Manchester, England to her Irish Catholic father Desnond Friel and her mother Julie, a teacher of special needs. Her Irish Catholic father was a former folk guitarist who was also an owner of a web designing company. Friel attended Crompton House Church of England High School and Holy Cross College. Lady was very talented since her childhood. She had a keen interest in acting since her early days. In order to achieve her dream to be a successful actress, she joined Oldham Theatre for the training as an actress.

Beautiful actress Anna began her career at the Age of 13. She was seen in Channel 4 drama serial G.B.H. slowly she appeared in various British television shows. Emmerdale was one of them. Then in 1992, she appeared in Channel 4 soap opera brookside where she had on-air lesbian kiss which was the first in British soap history. She also won National Television Award as Most Popular Actress for her hard work and contribution on brookside in 1995. In 1996, she appeared in Stephen Poliakoff’s television film The Tribe which contained nudity. There were many controversies in this topic. In 2001, she was seen in Lulu; West End stage début in London. In the similar way, she appeared in many movies like Rogue Trader where she was opposite to Ewan McGregor, Adam Colli’s Sunset Strip opposite Jared Leto, Simon Baker and Nick Stahl as Tammy Franklin, David Leland’s The Land Girls, All for Love, Me Without You, Timeline as Gerard Butler, A Midsummer Night’s Dream, Goal! and Goal II: Living the Dream.

Talking about her appearance in television, she was seen in ITV1’s Watermelon, The Jury for the Fox. She was also seen in pushing daisies where she played Charlotte “Chuck” Charles. But due to some reasons, the making of the film was cancelled due to poor ratings.

By the University of Bolton, she was awarded an Honorary Doctorate In November 2006 for her contributions to the performing arts. For British fashion company Mulberry, Anna and David Thewlis were paid with £50,000 to appear in the autumn/winter 2001 advertising campaign. In September 2009, she was seen in West End adaptation of Breakfast at Tiffany’s. She was also casted in The Dark Fields; psychological thriller film in April 2010. In November 2010, she starred in London Boulevard. In September 2010, Friel appeared in a music video named “(It’s Not War) Just the End of Love” for Manic Street Preachers. She also appeared in Come Fly with Me in January 2011. In the same year in December, she played a drama Without You. In the same month, she starred in Peter Pan as Captain Elizabeth Bonny. In March 2012, she started filming for The Look of Love. In 2013 Anna was cast in The Vatican; Showtime’s new drama opposite Kyle Chandler.  In 2012 Anna filmed a TV movie, Having You opposite Andrew Buchan.

In 2001, she was in relation with actor David Thewlis. Because of endometriosis, she got an urgent surgery. It was said that she might have difficulty in conceiving, but she was lucky enough to conceive a child naming Gracir Ellen Mary Friel on July 9, 2005. She is in relationship with actor Rhys Ifans since 2011. Therefore we can say that she is Married. Rhys Ifans is her husband. She has no rumors about her boyfriend and dating.

Anna is a talented actress with attractive body measurements and beautiful Height. She is 5 feet 3 inches tall. She is assumed to be bald. Anna is followed in different social networking sites like wiki, twitter, facebook, Google etc.