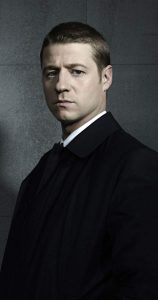 American actor and producer Benjamin McKenzie was rumored to be dating The Vampire Diary prowess Elina Gilbert a.k.a Nina Dobrev since this 2014. If the rumor is somehow believed to be correct, they have been dating since this 2014. Benjamin- Nina rumor publicly arose when the pictures of the two cuddling each other were flashed out by Pop sugar, an online media network. The lovey-dovey clasp between the two took place at the Entertainment Weekly Comic Con Party held at San Diego in early August of 2014.

Unfortunately, not soon after the incident, lovely Nina posted a picture tweet stating –

“Apparently, I have so many boyfriends. Here’s four more. I’m so busy”

And, in the picture, there were four guys behind Nina posing to prove her point. Now, we can speculate that this act of Nina is either a hush-hush strategy to hide her relationship with Benjamin or it’s a defense strategy against ever-arising media rumors.

Clearly, it’s been a long time since the Nina-Benjamin rumor originally flashed out. Plus, we haven’t got opportunity to see any sort of San Diego moment between the two since the last incident. So, we can simply conclude the two celebs are not dating each other.

The courageous war veteran plus detective James Gordon of DC comics adapted Batman related crime series Gotham, Ben McKenzie dated girlfriend Amanda Loncar from  2006-2007. Nevertheless, he was also rumored to be dating 2004 Miss Teen USA and American actress Shelly Henning in 2013 and Canadian actress Emily VanCamp in 2004. Anyway, Emily and Ben were rumored to be dating back then when they were spotted while kissing each other.

Anyway, as of now, he is a single man married to his career. Furthermore, he has no other  wife and gay related rumors.

At the age of 36 now, he has successful transitioned from an emerging actor to an established actor- thanks to his smart choices of roles such as the troubled teenager Ryan Atwood who gets adopted by a rich family in The O.C., and tough plus self-reliant LAPD officer Ben Sherman in Southland. Simply, both of the characters in the respective television series have given the notion of hope to the respective storylines. In The O.C, Ryan is a ray of hope for fans in believing a troubled kid with no hope can be the most loving person in the world for many people. And, in Southland, Ben Sherman is a ray of hope in hard situations and is known as the one who even takes risks to fight crime.

Taking about The O.C. , the director of the show even wanted to extend the show one more season ahead. But, the fifth season could not turn to reality because the cast members of the show were busy doing their own thing. Also, fans are amazed by the past conflicts between the show alumni that surfaced in the year 2014 like “Cam Gigandet rough comments to Ben and Mischa Barton regarding their behavior”, or “close friend and then co-star Adam Brody not inviting Ben to his wedding”. However, in an interview, Ben said that Adam didn’t invited him to his wedding because he wanted to keep his wedding low-profile.

Of course, most of the show fans were then craving to watch something happening between Benjamin and Mischa in real life. Also, they wanted Rachael and Adam evolving as a real life couple. But, what fans forget is the stars are just portraying their characters in the on-screen projects. Simply, it is wrong to assume the actor who is portraying a character is similar to the character in real life. And, it is like hallucinating if you completely believe that the on-screen couple of a show loves each other in real life.

Now moving on to his physical orientation, he is not a tall man with the height of 5 feet and 8 inches. Rather, he is a hunky man with weight of around 170 lbs. Also, the charming blonde is known for his control of expressions. It’s piece of cake for him to play soft-hearted roles to rough ones. No wonder, he has an appealing net worth of around 14 million US dollars.

Apart from his celebrated television performances, he is known for his critically acclaimed performances in indie movies such as Junebug and Goodbye World. Also, he successfully portrayed the role of Joe Bonham, a World War I solider who in spite of losing his arms, legs and all of his face desires to educate people about the consequence of war, in 1193 novel to theatre adaptation of Dalton Trumbo’s Johnny Got His Gun. Other wiki on his professional life can be accessed via Wikipedia and IMDB’s biography on him.

Moreover, his fans can connect him via social networking sites like Twitter, Facebook and Instagram. Last but not the least, Google search would be a good option to find the TV shows and movie actor shirtless pictures.