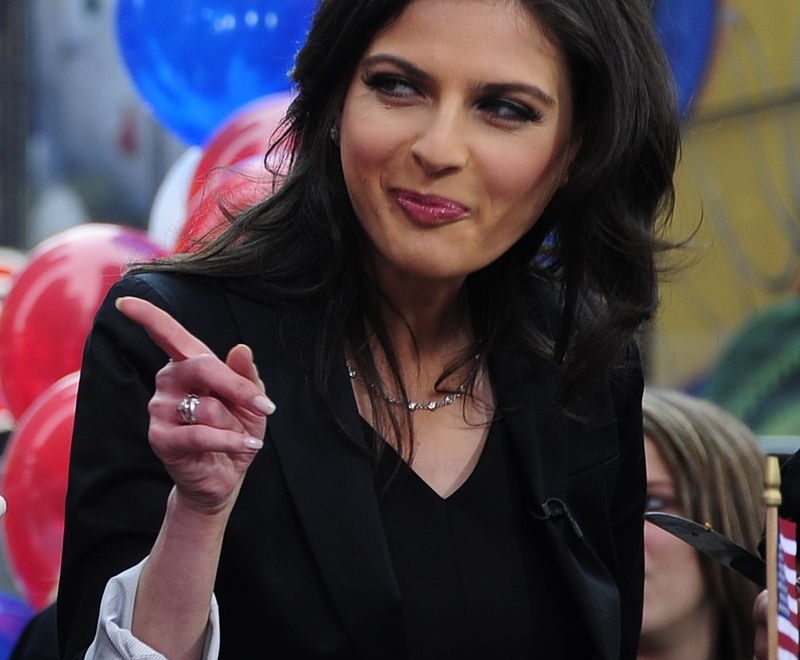 Bianna Golodryga, 35, is a famous persona of ABC news channel which is involved in the weekend edition of the morning show on ABC called Good Morning America.

There is a no question that she is an incredible journalist and has a bright career in front of her. But her childhood days weren’t always such luminous.

She along with her working-class Russian Jewish family moves to Galveston, Texas from her home country the Soviet Union’s Republic of Moldova with just $150 because of instability in the Soviet Union. She was born in Moldova on June 15, 1978.

But moving away forward in future, the year 2000 is the time of her life that people regard as most unfortunate. She gets arrested for driving while intoxicated charge shortly after graduating from University of Texas at Austin in May 2000.

But because of her clean past profile, the case gets eventually dismissed. However, according to records, she pleads no contest to reckless driving and gets charged with suspended 30-day jail sentence.

And for the high-profile television journalist, she was, it’s obvious that her relationship was bound to be the talk of the country. But her relationship status didn’t become famous just because she as a talented and sexy top-level journalist was dating some actor or fellow male news artist.

But also because she was dating the then Director of the Office of Management and Budget for the Obama Administration, Peter R. Orszag, who in fact was ten years older than Golodryga and a controversial yet strong personality.

They marry On September 26, 2010, making their love official but creating a controversy. Strong rumors suggested that the well-known playboy Peter had dumped his pregnant girlfriend “the notorious heiress” Claire Milonas after meeting youngster news-babe Golodryga.

However, people close to Peter indicate that Peter and Bianna met long after Claire, and he broke up, but people close to Claire say that Peter had betrayed Claire for Bianna. However, he fathered his and Claire baby in the year 2009.

Well, the matter is in dust now, and Peter and Bianna have a son, Jake Spencer Orszag. Before Claire and Bianna, he had two children from his ex-wife Cameron Rachel Hamill. Rumors suggest that they both having prominent knowledge of economics and finance, which is the main reason for their strong relationship and plus they like to about finance and economics with each other.

Middle-class girl to millionaire beauty profile of her is as much convincing as her beautiful natural looks. Well, it’s not entirely natural because she has had a wee bit of plastic surgery on her face.

More descriptions on her plastic surgery cannot be revealed as she hasn’t fully admitted to it. Anyway, she looks more gorgeous after the surgery and is a high maintenance woman.

According to hacked gift registry of Bianna and Peter wedding by The Washington Post, there were a two Sonicare Flex Care UV toothbrushes ($215 each) on the wish list including other items. No wonder, she likes to take care of her teeth as well as her body, and she looks incredibly fit.

Detail information of her body measurements can be viewed on the internet. Her ethnicity is Jewish Russian and nationality is American. Her exact salary is not disclosed in media. However, her net-worth is possibly around $4 million.

She has distinguished herself in the United States as a top financial journalist with her six years in CNBC as a producer-turned on-air correspondent plus her work in ABC since 2007.

She co-anchors Good Morning America weekend edition. No wonder, ABC made her business correspondent because of her experience of working in financial services industry plus the experience she earned while at CNBC.

Even high political officials adore her because of her reporting on the economy and 2008 financial crisis. Maybe she can match up with her economist guru husband, Peter regarding knowledge.

A hot woman with great personality, Bianna doesn’t mind some cleavage from her short dresses; especially cleavages of her boobs are quite famous on the internet. One can check out hot photos of her all over the web and go to Wikipedia and another relevant website for further information about her.