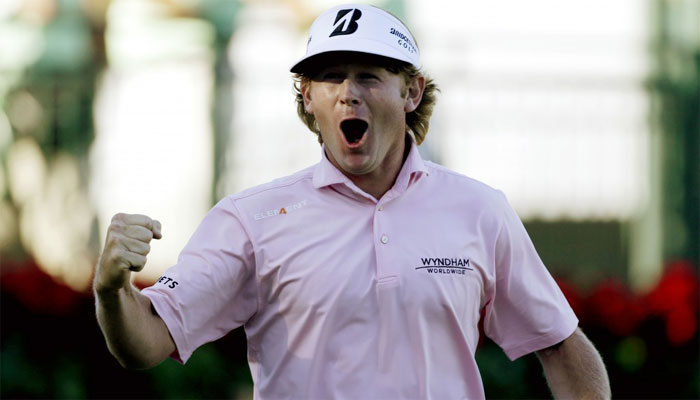 An American nationalist Brandt was born on Dec 8, 1980, in Nashville, Tennessee. His parents are Larry and Candice Snedeker. He currently works in the Sea Island golf clubs with Todd Anderson.

And He lives now in Nashville with his wife Mandy and two children; Lily and Austin of age 3 and 2 years old respectively. The wedding between Brandt and Mandy occurred in 2008. Brandt is 6 feet 1 inch (1.83 m) tall and he weighs about 84kg (185 lbs).

He attended the College of Vanderbilt University and he turned professional in 2004. He is currently on the PGA tour as mentioned above and he had 8 wins so far in his career; 6 PGA tours, and 2 web.com tours. He was introduced to golf by his grandmother who used to manage a golf course in Missouri.

He had attended Harding Academy and Montgomery Bell Academy before Vanderbilt University. He has a brother named Haymes Snedeker, who had won the Big Break X in Michigan and one at Q school and the PGA tour. Before turning into a professional, Brandt had won U.S Amateur Public links in 2003.

In his putting secrets he says, “I pop the ball, rather than put it,” he added later saying “with popping the ball you can get always smoother acceleration, and with two firm grips and using your eyes for the postures and aim turns your equipment to better scoring weapons, “he reveals.

Regarding his long-time caddie is Scott Vail, who is the son of former Flames star Eric “Big train” Vail. It seems Brandt has good interpersonal and professional acquaintance with caddie Scott Vail.

He has also won a national-wide tour two times; Scholarship America showdown on July 16, 2006, and Permian basin charity Golf Classic on Oct 15, 2006. Regarding his earnings, he is in the category of richest athlete, and his net worth is estimated to be $ 2 million.

His biography can also be viewed from the wiki. Even though he is an outstanding golfer, no one is perfect, and as a human sometimes health issues may arise similarly the case of Brandt was that he had to miss the tournaments due to his rib injury and got the season’s only 55th on the earnings list in 2009.

And again, in 2013 he had to withdraw from the Australian PGA Championship after he injured his left leg due to imbalance and fell awkwardly when going on a Segway in china.