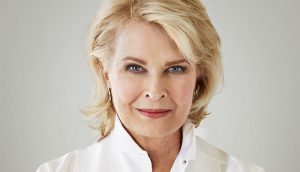 Candice bergen is an actress most widely known for her starring role on the television situation comedy Murphy Brown, for which she won five Emmy Awards and two Golden Globe Awards as Best Actress in a TV Comedy. She is an American actress and former fashion model. She was born on May 9, 1946 in Beverlyhills, Los Angeles, California, USA. Her parents are Frances bergen and Edgar bergen. Her mother was a Powers model and father was a ventriloquist, comedian, and actor. Her brother is Kris bergen (TV and film editor).

This classy lady is also popular for her role as Shirley Schmidt on a legal comedy-drama Boston Legal.  bergen used to appear on her father’s radio program at her young age and also appeared with her father on Groucho Marx’s quiz show You Bet Your Life as Candy bergen when she was 11 years old. She was enrolled at University of Pennsylvania, where she was elected both Homecoming Queen and Miss University, but later her failure to take her education seriously resulted in her being asked to leave. As she was interested in taking photos, she studied Photography and worked as a photojournalist.

Before being an actress, she was working as a fashion model and also graced the cover page of Vogue magazine. bergen began her screen debut in 1966 playing an aloof university student in The Group. She also played the role of Shirley Eckert, an assistant school teacher in The Sand Pebbles (1966) opposite Steve McQueen in the same year. That movie was nominated for several Academy Awards. She also starred in the 1970 political satire, The Adventurers. bergen has also written many articles, plays, memoirs apart from acting.

Bergen also played in the Mike Nichols’ provocative Carnal Knowledge in 1971 and the Burt Reynolds romantic comedy ‘Starting Over’ in 1979. She received Academy Award and Golden Globe nominations for best supporting actress for this movie. bergen had also roles in the western movies including The Hunting Party and Bite the Bullet. She also starred in the world hit western movie Soldier Blue, but it was a failure in its homeland.

Bergen was the love interest of Ryan O’Neal in the Love Story sequel, Oliver’s Story. She appeared in the Oscar-winning film Gandhi in which she portrayed documentary photographer Margaret Bourke-White for which she was nominated for a BAFTA Award for Best Actress in a Supporting Role. bergen also appeared in a television series Hollywood Wives in 1985.

In Murphy Brown, She played the role of a tough television reporter. Her role in Murphy Brown was extremely successful, for which she was nominated for an Emmy Awards seven times and won five. After Murphy brown ended up, she began to host her own talk show, Exhale With Candice bergen on Oxygen Network.

She had an amazing height of 5 feet 7 inches and her weight was 54.5 kg. But, as she has already reached 69 years in her age, she has also been the victim of weight gain. But, before she was the actress with a sexy bikini body, perfect waistline, slender and hot legs and her brown eyes added up extra charm to her beauty. Now, she has done a plastic surgery called “Blephroplasty” of her face to remove the wrinkles.

Talking about her personal life, bergen was dating Henry Kissinger earlier and she was married to French Filmmaker Louis Malle in 1980, but, her husband died of cancer at the age of 63 at Thanksgiving day in 1995. They had a daughter named Chloe (born 1985).

Later on June 2000, bergen married her longtime boyfriend Marshall Rose, a New York real estate executive and philanthropist. In 2006, she suffered a stroke. bergen has traveled many places and speaks French fluently. Other information about her is also widely available in the related sites. Her short biography can also be found on wiki. Her fans can follow her on twitter and Facebook.