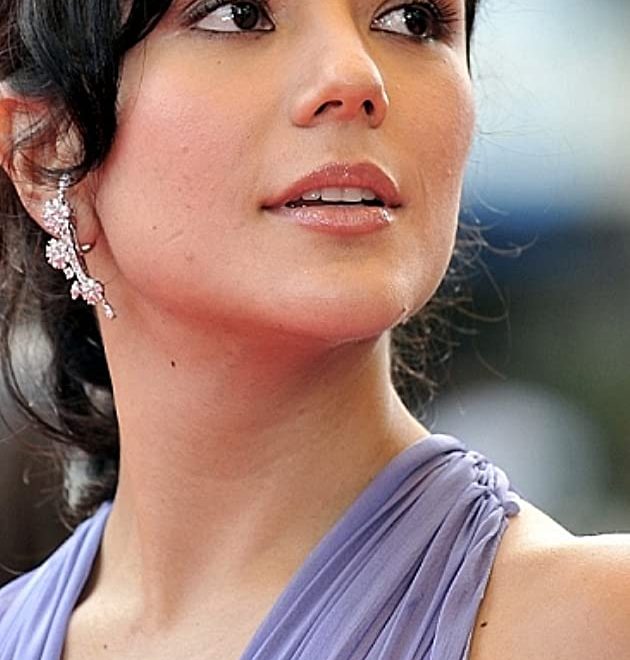 if you do theater in Colombia you’ll die from hunger. Now I’m living in New York City. It’s changed my whole point of view on everything. Being independent, having a little apartment, cooking. In Colombia you live with your parents until you’re twenty-five and get a job and then get married.” – Catalina Sandino Moreno

The actress who cannot stop winning awards because she is a talented actress, Catalina Sandino Moreno was born on 19 April 1981 in Bogota, Columbia to a middle-class family consisting of a pathologist mother and cattle breeder father. She has been brought up by her family to be a rational human being, one who knows the difference between right and wrong, in a country then suffering from various internal conflicts with the conflict between the right and the left most visible one. Teen Catalina was familiar with the suffering of her country and she never accepted the wrongdoings happening in her society. But, she could do nothing but accept the system, and follow some general rules to be safe.

Soon after her graduation in advertising from Pontifica Universidad Javeriana around 2003, she got the lead role of Maria in Maria Full of Grace, after impressively beating over 900 participants in a casting audition, which she had joined after impressing director Joshua Marston. Truly, inexperienced Catalina was successful in convincing the director that she can handle the lead role of Maria Alvarez, a pregnant seventeen-year-old flower-plantation girl turned drug mule, in the movie.

Despite having immense love for her homeland, she moves to New York after getting the role of Maria. Perhaps, it was a long-time awaited moment for Catalina, as she could now pursue her acting interests in the United States of America, and at the same time, she was going to be a part of the heart-touching story of the movie Maria Full of Grace. Before moving to New York, she was only excelling in her acting skills at some local theatres in Bogota. But, after moving to New York, her life was going to change drastically, as she was going to be one of the most celebrated aspiring actresses in the country in the future. But, unknown about this notion, she was just following her passion for acting and she got the role of Maria. She never had imagined that the movie would turn out to be this big. But, it did. The critically acclaimed movie was praised for its strong and realistic storyline, effective screenplay, and acting excellence shown by its cast including Catalina. She won several awards and nominations for the movie including Independent Spirit Award for Best Female Lead and an Academy Award nomination for best actress.

Now, fast forwarding to 2014, she has settled in the U.S.A, probably in New York City, and visits Columbia now and then.  Fact-fully, during her progressing career, she has always been an actress who is very choosy when taking roles, and she doesn’t work in movies that are just commercially targeted without a strong technical foundation and strong story. Most accurately, her most known roles are from the movies such as Maria Full of Grace (Maria) and Medeas (Christina), and tv shows namely The Bridge (Alma Ruiz) and Red Band Society (Eva).

One of the popular names in People’s magazine “50 Most beautiful people of 2005”, Catalina Sandino Moreno, an actress is known as a natural actor who is perfect at controlling emotions and dialogue delivery.

Another wiki on her professional life can be extracted from Wikipedia’s biography.

As of 2014, the 33 years old actress enjoys a massive net worth of around 5-10 million U.S dollars. Furthermore, she is married to her husband since 2006 (probably her boyfriend since 2000) David Elwell and they love their five-year-old son. Anyway, it is said that they have already divorced each other, but the divorce rumor can’t be verified.

Moreover, she has no other dating, children, or affair rumors as per information found in the media.

Nevertheless, she is often praised for her natural looks. Moreover, her fit pear-shaped body has always made her look like a gorgeous mermaid, but in this case, with long legs. The hot actress follows a managed diet plan consisting of vegetable juices, tuna, kelp, mushrooms, pecorino, and cayenne people. Also, she does regular workouts to keep herself physically fit and pumped up. Although, her body measurements aren’t revealed in the media, by analyzing her pictures we can guess that they are probably equivalent to someone with a fit pear-shaped body weighing about 125 pounds and a height of 5 feet and six inches with tall legs and meaty thighs. Moreover, other appealing body factors Catalina are her big bosoms, charming smile, and well-maintained hair.

She is on Twitter, she is on Facebook and she is also on Instagram. Moreover, the simple yet sexy beauty Catalina is also famous for her hot pictures, and various internet sites are flourishing by showing her hot pictures. Anyway, her acting talents are undeniable, and so are her blazing hot looks and modest personality. Everybody is proud of the first Columbian Academy award nominee.

was born in . is Actress by profession, find out mroe facts, education, weight, and more.