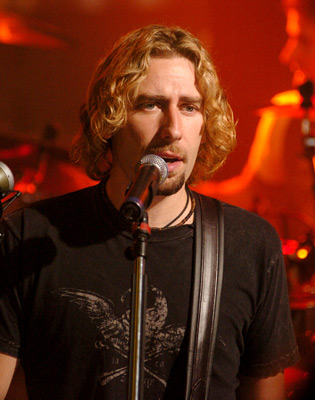 I honestly think if Nickelback hadn’t worked out, I’d be in jail, on a charge of theft or trafficking” -Chad Kroeger Popular Canadian Rock band lead vocalist and singer Chad Kroeger is working on his band’s next album.

Fans are dying to hear their eighth studio album speculated to be released before the end of 2014.

Moreover, fans are more than dying to get a better picture of his married life. We are well aware that husband Chad and wife Avril Lavigne have strict rules to follow for making their marriage work.

In an interview in 2013, Avril said that they don’t spend more than 2 weeks apart from each other and according to a mutual pact they made, both hubby and wife have to say no-no to drinking and nightclubs when they aren’t together.

Most of the recent rumors about their married life projects conflict between the couple. It is said that the problems in the relationship started when Chad started to break the strict rules, the same rules which both of them previously agreed to follow.

However, neither Chad nor Avril has talked about breaking up in the media. So it will be safe to say, they are a married couple who are enjoying their life with each other. Musician, Songwriter, and Singer, Chad has been able to earn a high net worth of around 60-65 million now.

This high amount of net worth is the result of his hard work for the band Nickelback plus his production and songwriting projects. He has co-written songs for various reputed artists and movies and produced music for various other bands namely Default, Theory of a Deadman, and Bo Bice.

To know more about his professional career, Wikipedia’s biography of him would be a good option. Ten years older than his wife Avril, Chad’s current age is 39.

With an impressive height of 6 feet and 1 inch and a muscled fit body, he is regarded as one of the hottest men in Canada.

His wife Avril Lavigne, who is regarded as one of the hottest women in Canada, has a short height of 5 feet 1 inch.  tall and Blonde, Chad shares a matching tattoo with his wife Avril. They both have the same tattoo of French script on their left arms which in English translation means: ‘live in the present moment They got the permanent tattoo in 2013 before their wedding.

It was Chad’s first tattoo while Avril is known as a tattoo lover and she has various tattoos on her body. Each of the tattoos that Avril has on her body signifies some meaning to Avril.

Moreover, their divorce rumors might be some sort of internet hoaxes. But if they are true, the permanent tattoo will surely be a problem for the couple as it’s more permanent than their marriage vows.

Summing up, what everybody knows about Chad is he is a member of the band Nickelback, he is married to Avril and he is from Canada. But fewer people know about his childhood and personal life.

Notorious in his childhood, Chad, in an interview has said that he would be in jail if Nickelback hadn’t worked out. His hometown in Canada is Hanna, Alberta.

It is a small county with a population of not more than 2500 people.  There are lots of interesting wiki about the famous singer. He has had an interesting and fun life. Did you know that he dated a salon owner from 2002 to 2009?

The ex-salon owner’s girlfriend might have helped Chad to experiment with different haircuts. It is a known fact that he has had a nose job.

However, it is not sure whether he has had other plastic surgery procedures or not.

Superstitious Chad has predicted his death date. He says he will be dead during a live tour because of a heart attack, which the public will think is part of his performance. He says he saw a dream about it.

One can follow him on social networking sites like Twitter, where he is extremely popular. It’s less likely that the popular couple will break up. If they will, it will be one of the most shocking incidents of this century.

Avril and Chad’s relationship is described to be started like love at first sight. He proposed to her after 6 months of dating and she said yes.

They married on July 1, 2013, also known as Canadian day. They live in their house together in Canada with no kids. Kristen DeWitt, Chad’s ex-girlfriend is not happy with the way she and Chad broke up. But it’s an old story.