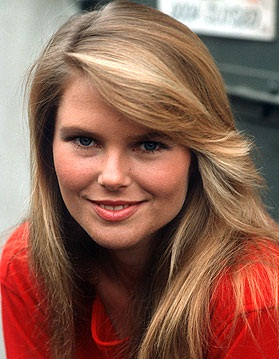 The gorgeous and talented, phenomenal actress of the Hollywood scenario Christie Brinkley was born on February 2, 1954. She is able to establish herself as an American actress and model who has spent her five years as the face of Cover Girl. She introduced herself in the late 1970s by appearing in 3 consecutive Sports Illustrated Swimsuit Issue covers.

Brinkley also has signed contracts with major brands and has appeared in more than 500 magazine covers. She also worked as an activist for animal and human rights and the environment. Brinkley is able to make her position in the Daily Mail list “World’s 20 richest models” where she was ranked in the third position.

Brinkley was born to Marjorie and Herbert Hudson in Monroe, Michigan. Later on she moved to California with her mother where she was adopted by her mother’s new husband Don Brinkley. Don Brinkley was a television writer. She spent her childhood in the Brentwood where she attended Le Lycée Français de Los Angeles and Paul Revere Jr. High. In order to study art, Brinkley moved to Paris right after her graduation.

An American photographer Errol Sawye discovered Brinkley in a post office in Paris in the year 1973.

When Brinkley was at the age of nineteen, Sawye took her took her first modeling pictures. After she introduced to Elite by Sawye, she had multiple appearances on the cover of Glamour. She also signed 25-year contract with cosmetics brand Cover Girl, which was one of the longest modeling contracts in history. In the year 2005, Brinkley again signed cover girl.

In the year 1983, Brinkley appeared with her first role as an actress in the film National Lampoon’s Vacation. Same year, she wrote a book titled Christie Brinkley’s Outdoor Beauty and Fitness Book which is based on health, diet and beauty. She also appeared in the documentary, King of the Hamptons in 2011. In the meantime, she appeared in NBC’s Mad About You. She also presented herself as a host by hosting Celebrity Weddings InStyle.

Brinkley has a complicated relationship. She has been married four times. In 1973, Brinkley married French artist Jean-François Allaux. The relationship was ended without any kids in 1981. she again got married in the year 1985 with musician Billy Joel. This marital relation was ended with one daughter Alexa Ray Joel in 1994.

Sixty years old Brinkley is very attractive and pretty with her beautiful hair. She looks so young as if she is in her twenties. Christie has gone out for plastic surgery and is very much curious about her health. She performs skin care treatments and looks gorgeous without makeup.

Talking about her physical appearance, she has well maintained body with attractive body measurements of 36-24-35. She also has wonderful height and hot legs and feet. Brinkley is 5 feet 9 inches tall. She looks extremely stunning and sexy in bikini. This beautiful model has net worth of $80 million.

More information about Christie Brinkley can be found in her personal sites and wiki.