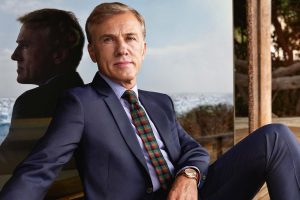 “I know what I can contribute. And that’s a very limited, very specific unit, whether it’s a big movie, a small movie, a German movie, an American movie. That’s the advantage I have over a 25-year-old. I’ve had the chance to understand what it is I do.” – Christoph Waltz

Known for his charming but sinister characters, Christoph Waltz has made him renowned in acting field. He was born in October 4, 1956 in Vienna, Austria. He is engaged as an actor from 1977 till today. He has won an Academy Award, Golden Globe Award and BAFTA Award for Best Supporting Actor. He is best known for his works in “Inglorious Basterds” and “Django Unchained”.

He has studied acting in Lee Strasberg Theatre and Film Institute in New York as well as Max Reinhardt Seminar in Vienna. He started his career as a stage actor. During 1980s, he worked primarily in theatre. He began to work in TV in series and movies. He has frequently worked with Quentin Tarantino. Though he was German in ancestry, he is fluent in 3 languages: English, German and French. He is also skilled at mimicking Italian speech. He has made his stage debut at the Schauspielhaus in Zurich in 1982. Though his parents were set designers, his grandparents were actors. He is also one of the 11 actors who have won the Academy Award, Critic’s Choice Award, SAG Award, BAFTA Award and Golden Globe Award for the same performance.

In Inglorious Basterds, he portrayed the role of SS-Standartenfuhrer Hans Landa, aka, “The Jew Hunter”. His character was clever, multilingual, courteous yet self-serving, implacable, cunning as well as murderous. This performance was very well received by the critics and the public. He began to grab all the critic’s awards in 2009 from this performance. Later in 2013, he played the role of Dr. King Schultz in Django Unchained which was also a Quentin Tarantino movie. This role also swept Golden Globe Award, BAFTA Award and Academy Award for Best Supporting Actor. Currently, he is engaged in Tim Burton movie “Big Eyes” which will be released in Christmas Day, 2014.

He is 5 feet 7 inch tall and will reach the age of 58 from 2014. He was married to Jackie, a psychotherapist, and has 3 children. He divorced with Jackie and married with Judith Holste. His wife is a costume designer.  He was originally cast as Sigmund Freud in A Dangerous Method. But he dropped out of that project for the movie “Water for Elephants”.  He counts 8 ½ as one of his all-time favorite movies and have seen it numerous times since his teen age. He is also the only Austrian actor to win two Oscar Awards. He is a lover of opera and his favorite opera composer is Donizetti. He also holds the German citizenship as his father was a German. This versatile actor has the net worth of $245 million. He has also taken in the list of highest paid actor in the world. There is also a gossip that he would be the next James Bond. He has also given monologue for SNL and his height of success is also increasing day by day. He thinks that person should not feel themselves as old. Their works can make them younger.

You can find him in twitter as well. His interviews can be viewed in YouTube. For more information about his wikis, you can always rely on us.