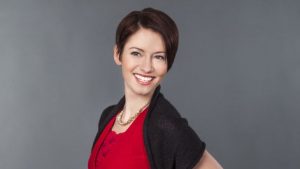 One of the best-known and admired American actress who is professionally known as Chyler Leigh. She was born on April 10, 1982 in Charlotte, North Carolina as the daughter of Yvonne Norton and Robert Potts. She is a well-known actress for her performance on medical drama Grey’s Anatomy. Leigh was brought up in Virginia Beach, Virginia where her parents used to run their own business of weight-loss.

At the age of 8, her parents had to face many problems as their business went bankrupt. Her parents used to have many fights. Therefore they had no smooth marital relation going so her mother had a divorce with her husband when she was twelve years old. After this, she moved to Miami, Florida with her mother and brother. When Leigh was at eight standards, she started modeling. Soon after, she appeared in local television commercials. She appeared in a syndicated teen news show called Hall Pass. She again relocated to Los Angeles, California with her mother in the year 1999. She moved there in order to obtain her career in acting. At the age of sixteen, Leigh passed the California High School Proficiency Exam.

Talking about her acting career, she started her career at the very small age if fifteen. She debuted in 1997’s Kickboxing Academy. In 2001, she had a lead role in Not Another Teen Movie where she appeared as Janey Briggs. This movie was box office hit. Right after this, she appeared in Marilyn Manson’s music video “tainted love”. On the Maxim Hot 100 Women of 2002, she was ranked #65. in 2002, she appeared in two short-lived TV series, That ’80s Show and Girls Club. Then she regularly appeared on legal drama The Practice. On September 2005, she joined the cast of Reunion. She also appeared in ABC’s Grey’s Anatomy.

During the auditions of the pilot of a WB series titled Saving Graces, Leigh met her future husband Nathan West. At that time, Leigh was 16 year old whereas West was 20 years old. She married him on July 20, 2002. They have three kids, one son and two daughters. Because of troubled family life, they both started to experiment drugs such as marijuana and cocaine. Once she had a rumor against special needs which she had said in an interview. Now she is happily living with her family.

Chyler Leigh is also well known for her hard work and achievements that she has achieved within a very short period of time. She has a beautiful, attractive figure with sexy legs and feet. She has charming beauty with charismatic eyes. Beautiful and talented lady, Leigh has a very hot and sexy body. She also has attractive legs and feet. She has beautiful height and wonderful body measurements.  34-23-35 is her body measurements. She is 5 ft. 6 inches tall. Even though, she has already been pregnant, she is able to maintain her body after hard and continuous workout. She looks stunning in bikini and her tattoos are beyond any explanation.

She is a talented actress who has kind heart and pretty smile who has a numerous fans and admirers around the world. Many people accept her as their idol and icons. Many of the people are attracted and fascinated by her handsome salary and commendable net worth. We can follow her or catch her in different social networking sites. More about her biography and pictures can be found in wiki and her personal sites. She can also be twitted in twitter.