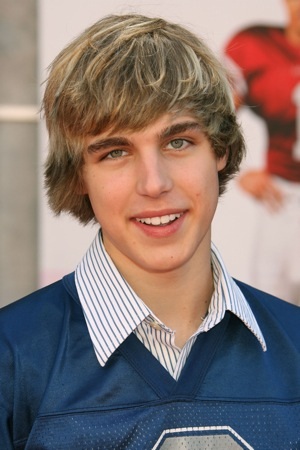 Cody Martin Linley, professionally known as Cody Linley was born on November 20, 1989, in Lewisville, Texas, U.S. He is known among people as an American actor and singer and is popular for his roles in Hannah Montana, hoot, Hoovey to name a few. He is much known as Miley Cyrus’ boyfriend in Disney Channel’s TV show Hannah Montana.

His parents are Cathryn Sullivan, an acting coach, and Lee Linley, and also had a younger brother Chad Linley, who died on August 7, 2011. Linley is also a member of the Hollywood Knights’ celebrity basketball team.

Linley did his acting debut by appearing in the TV film Still Holding On: The Legend of Cadillac Jack. Then in 2000, he had supporting roles in movies such as Walker, Texas ranger, My Dog Skip, and Miss Congeniality. Linley was also the youngest contestant in Season 7 of Dancing With Stars. His dancing partner was Julianne Hough.

In 2002, Linley appeared as Charlie Magnuson in Beyond the Prairie 2: The True Story of Laura Wilder. The following year, he appeared as Cal in When Zachary Beaver Came to Town and Quinn in Cheaper by the Dozen. In 2004, he appeared in an episode of That’s So Raven.

In 2008, he also became the online host of the Disney Channel Games. He has appeared in the TV series Campion in 2013 and Hoovey in 2014.

Linley is one of the most attractive as well as promising actors in Hollywood. He is also the heartthrob of many teenagers. Standing at the height of 5 feet 10 inches tall, Linley has the ability and talent to attract many people. He has an average body built with a fit and fine body structure.

He regularly visits the gym to keep himself fit and healthy and is also concerned about what he eats. Besides, he also performs yoga as well as has a keen interest in performing it.

His shirtless pictures can also be accessed through various websites, which can define his body structure more effectively. Recently, there was also a news spread that he was completely drunk and shirtless at Orlando FL club, Tabu. Linley has just reached 24 years old but has reached a great height of success.

Talking about his personal life, Linley is not married to anyone. Previously, Linley was dating Demi Lovato. Later they broke up due to their busy schedules but still, they remain good friends.

There are also no other rumors about Linley’s affair and girlfriend. But, we cannot say that he is gay. We can assume that he is young for these things and is more focused on shaping his career than being in relationships.

Besides, Linley is interested in playing guitar, making music, doing yoga, and inspiring others. Other information about him can also be found on his personal as well as official sites. His biography can also be accessed via wiki and IMDb. Like other celebrities, he can also be followed on Twitter and Instagram and also has a fan site.

Cody Linley was born in America . Cody Linley is Actor by profession, find out mroe facts, education, weight, and more.