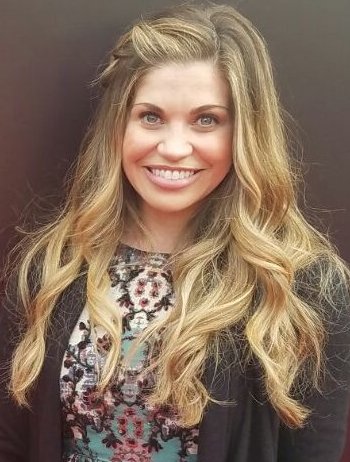 Stunning and beautiful Danielle Fishel is a popular American actress and television personality born in May 5, 1981 in Mesa Arizona to a personal manager Jennifer and medical equipments sell executive Rick Fishel. She was the only daughter of her parents and had a younger brother named Christopher.

She was then brought to Yorba Linda, California from Mesa Arizona when she was three week old. Fishel was a very talented child. She was very good in her studies including other activities held on school. She attended Calabasas high school and completed her graduation in 1999 A.D. Fishel loved to play, dance and had a keen interest in acting.

Danielle began her career as an actress in the year 1991 when she was a 10 year old girl by performing in two productions Peter Pan and The Wizard of Oz. Right after that, she moved to commercials and voice-overs and also presented her as Barbie girl of Mattel.

She was also seen in two episode of one of the hit show named Full House as Jennifer. She also presented her as Jessica in Harry and the Hendersons. Slowly she started to build herself and her career in this field. In the similar manner she was seen in different films and television shows.

At the age of 12, she was seen in ABC’s pilot series Boy meets world as Topanga Lawrence in the year 1993.in December 1998, Fishel was the cover of seventeen. In 1998, she was also awarded as Young Star for Best Performance by a Young Actress in a Comedy TV Series. She was also one of “The 21 Hottest Stars Under 21″ in June 1999.

In 2006, Fishel was seen as a guest on The Tyra Banks Show where she talked about Nutrisystems Diet and her dramatic weight loss. From early February, Fishel was a special correspondent for one and only The Tyra Banks Show.  She also cohosted Say What? Karaoke on MTV in the year 2003 for one season. Similarly she hosted The Dish, Style Network, The Soup, The Fuse 20, Last night on TV etc. she was also appeared in a controversial drama Boiling pot in 2013.

Beautiful and successful actress Danielle Fishel had many rumors about her date and her relationship status. Previously she was found dating her co-star ben savage of Boy Meets World. Then from 1999 to 2000, she dated former ‘N Sync member Lance Bass. She then met Tim Belusko and they started dating each other. Finally she was engaged with her boyfriend Belusko in May 2012. Finally she married him on October 19, 2013 in Los Angeles. Therefore her husband was her fellow student.

Danielle Fishel is a well-known actress for her talent and her beauty.  Talking about her physical appearance, she is a lady with adorable beauty and hot figure. She has sexy legs and feet. Fishel has a great body measurements of 39-26-38 inches and has a wonderful height.

She is five feet one inch tall. Pretty lady has number of fans and followers. One can find her biography, bikini pictures, photos and other her information in different social networking sites like; Facebook, twitter, instagram, Google, and her personal sites.