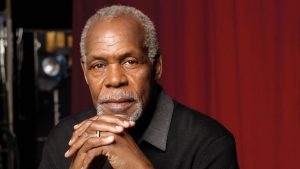 “Every day of my life I walk with the idea I am black no matter how successful I am.”- Danny Glover

Danny Glover is a popular name in the Hollywood industry. His real name is Daniel Lebern Glover and he was born in 22nd of July, 1946 in San Francisco, California. He is a well-known actor and director. He is also known to be a political activist. Known for his roles in the movies such as “Predator 2” and “The Color Purple”, he has proved himself as one of the capable actors in the Hollywood industry.

Glover always wanted to be a successful actor and dreamed about it in his young age. He is trained personnel from American Conservatory Theatre. He started his professional career from 1979. Though he worked sometimes for the administrative office as well, he never gave up on acting. He got chance to appear in the movie from “Escape from Alcatraz”. He has worked in both television series as well as movies simultaneously. But he is more famous in the movies rather than in TV series. Till now, he has worked in more than 50 movies in which he has justified his character. From the movie “To Sleep with Anger”, he won Independent Spirit Award for Best Male Lead. Another successful movie is “Lethal Weapon 3” where he played the role of Roger Murtaugh.

From the movie “Just a Dream”, he started to direct as well. From this movie, he was nominated for the Daytime Emmy Award for Outstanding Directing. Some of his famous and internationally accredited movies are “Saw”, “Poor Boy’s Game”, “Blindness”, “2012”, “I Want to be a Soldier”, “Chasing Shakespeare” and “Rage”. His upcoming movies are “Monster Trucks”, “Scout” and “Toussaint”. He has also worked in many TV shows from which he has gained even more popularity. In 1987, he got chance to work in “Mandela” in which he portrayed the role of Nelson Mandela. From this TV movie, he was nominated for Primetime Emmy Award for Outstanding Lead Actor. Some of his other successful TV movies are “Freedom Song”, “Lonesome Dove” and “Fallen Angels”. He has also appeared in Saturday Night Live IN 1989. Since he has started his career from the theatre, he always loves to play in it. As he has already spent his 35 years in this field, he does not want to leave it soon and wants to do better for his audience.

Danny is a tall guy with the height of 6 feet 4 inch. He has the trademark of raspy voice and elongated face. Though he has reached the age of 68, he is still very much enthusiastic in his works. He was married to Asake Bomani in 1975. After the long relationship of 25 years, they got divorced in 2000. In the name of children, the couple had one daughter. Though many think that he is a gay, he proved them wrong as he got married for the second time with Eliane Cavalleiro in 2009. He met his ex-wife in the university and started affair as well at that time.

He is also a social worker who has donated a lot of money for the privileged community. Though his many colleagues are dead now, he still works as there is more to be given for this industry. He feels fortunate for being a son of his parents as he got the chance to know the life. He is a very good friend of Mel Gibson. You can follow him in twitter, Facebook and Instagram. He has the net worth of $40 million. If you want to get full biography of Danny, you can visit Wikipedia and IMDb.