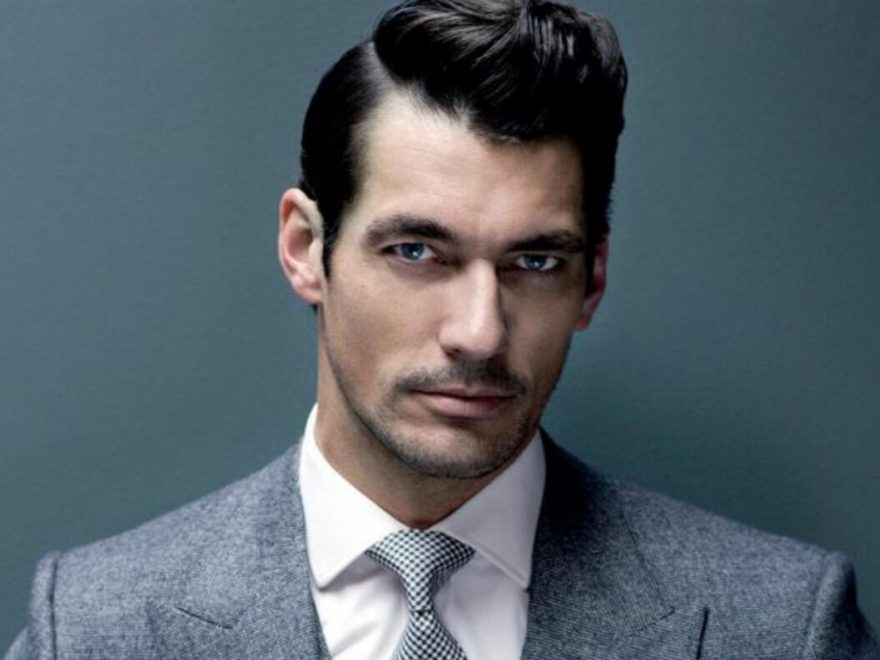 David Gandy was born on 19 February, 1980 in Billericay, Essex, England. He is popular as a British Model. He became model after winning televised model search competition. Gandy was also the lead male model for the famous brand Dolce & gabbana for several years. He became popular as a result of his portfolio of magazine covers, editorial photo shoots, interviews and industry awards. He started working at various fashion- related as well as personal projects such as writing blog for British Vogue, writing car reviews for GQ and mobile app development. He is now 34 years old.

Gandy graduated with marketing degree from the University of Gloucestershire. After that he participated on ITV’s This Morning hosted by Richard and Judy at the young age of 21 as suggested by his flat mate. Gandy won the competition as well as got contract with Select Model Management in London. At the beginning of his, he modeled for companies including Hugo Boss, Zara, Shiatzy Chen, 7 for all Mankind, Russell & Bromley, H&M, Carolina Herrera, Massimo Dutti and others. He also started working with female super models Gemma Ward, Scarlett Johansson, Naomi Campbell etc. and male models like Noah Mills, Tony Ward and Adam Senn.

In 2011, Gandy was featured in four magazine covers and five fashion editorial photo shoots. In the following year, he was featured in sixteen magazine covers and eighteen fashion editorials. The same year, he also modeled for brands including Banana Republic, Lucky Brand Jeans, El Palacio de Hierro and Marks & Spencer. He has also won the hearts of many people as well as became the style icon for other models. Johnnie walker Blue label also made Gandy its Brand ambassador.

Apart from modeling, David is also involved in various other works. He was selected as the spokesman for the Martini’s “Luck Is An Attitude” campaign while launching their model-search competition on the Spanish Steps of Rome. He was the only make to walk at the Union Jack shaped catwalk featuring British fashions with models Naomi Campbell, Kate Moss, Georgia May Jagger etc. at 2012 Summer Olympics closing ceremony.

Besides these, he also writes blogs in British Vogue magazine where he shares his knowledge about career, fashion/style, cars and life in London. He has also made his own fitness app where he has included his fitness secrets and exercise videos.

Gandy was also nominated for several awards as well as won many awards. He was named as the “Most Beautiful International Male Face” at an event in Madrid, Spain by Spanish Glamour magazine. Forbes magazine also ranked him as the world’s third most successful male model, after Matt Gordon and Sean O’Pry. Gandy was also named as “The Sexiest Men of 2013” by Cosmopolitan magazine. He also participated in a fashion show named “Fashion for Relief” organized by Naomi Campbell to raise money for the victims of Haiti earthquake.

Gandy is a tall and sexiest man alive. He has a killer looks and body that can easily woo any women. He is also the style icon for many teenagers as well as the admirers of millions people. He believes in workout to stay fit and daily visits gym as well as he is conscious about his diet. He can be described as a man with a perfect model figure with a towering height. This 6 feet 2 inches tall model is mostly seen in suit in which he looks super-hot. His weight is not disclosed yet. He is also liked by many girls as well as gay people. His shirtless pictures can help to define like body more perfectly. You can check it out in various internet sites. He does a classic hairstyle while modeling.

Regarding his personal life, he was previously dating The Saturday’s singer Mollie King. Gandy also had affair with Sarah Ann Macklin. In 2013, he also dated his “Les Mis” star girlfriend Samantha Barks. He can also be followed in twitter and Instagram to get his latest wiki.