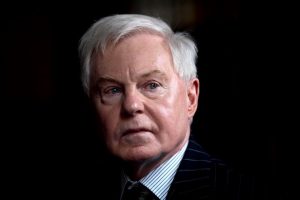 Exceptional classical actor Sir Derek George Jacobi from United Kingdom is not a married man. Sir Derek has publicly stated that his almost about 37 years of loving relationship with actor / producer Richard Clifford is a “partnership”.

The hard reality is that – since about post 8 years from March, 2006 to 2014 now, he is in a civil relationship with actor/producer Richard Clifford. And, March, 2006 is the time when Jacob and Richard – after living together for almost 27 years registered their civil partnership as a couple, four months after the country gave life to civil partnerships laws.

Actually, for him, the word “marriage” doesn’t matter as he has solid relationship with Richard. Simply, he loves and equally appreciates the man whom he met a long time ago (probably in 1979) in a pub on the Waterloo Road. The pub meeting amazingly bonded them, and the next morning after the meeting, it was the matter of love in the air moment for both of the genuine personality.

It is said that Richard romantically brought a red rose and a bottle of champagne the next morning to Sir Derek’s home, and this unexpected but genuine move by Richard made Sir Derek extremely happy. Anyway, he was a single man before Richard happened – a single man with his unsuccessful gay crushes to awesome personalities such as Michael York.

Interested in acting since his early childhood, Derek Jacobi as a kid was a bashful personality who adored his school and supportive parents. Being driven by his kid days acting interests and passion, he completes his school education with good academics and some theatrical acting experiences.

After that, he earns a scholarship to study at Cambridge University, where he studies history. After finishing his university education and later, perusing theatrical acting career at Birmingham Repertory Theatre, he was discovered by legend Sir Laurence Oliver. He was just 24 when he joined Oliver’s newly formed National Theatre. The organization managed to negotiate long-term contracts with various leading stars back then along-with emerging star like Derek.

Now, we know him for his appealing performances in stage productions such as Hamlet, Uncle Vanya, Oedipus the King, Cyrano De Bergerac, and Twelfth Night, stage works such as Octavius Caeser, Edward II, Richard III, and Thomas Becket, tv shows such as Claudius, Doctor Who, Cadfael , and The Gathering storm, and movies such as Henry V, Dead Again, Gladiator, Gosford Park, Underworld: Evolution The Golden Compass, The King’s Speech, My Week with Marilyn, and Hippie Hippie Shake. Moreover, his role of “The King” in upcoming movie Cinderella is expected to be legendary. Surely, he deserves every penny of his high net worth of around 4-6 million US dollars.

Simply, he is not an actor who is known for his fancy looks and body. More precisely, he is an experienced actor recognized for his strong acting presence and appealing characters. Truly, he is an acting wizard who can bring out true self of a character by smartly controlling emotions and pitching flawless dialogue delivery. Now, moving on to his physical orientation, he is a tall man with the height of 5 feet and 8 inches. Obviously, he has visibly lost weights in older age. Now, his weight is believed to be about 76 kg. Matter of fact, he never was a conventional looks possessing actor.

Despite being an actor with unconventional looks, young man Derek back then acquired such acting credits that many of his senior actors would only dream of. Respected holder of a British Knighthood and a Knight First Class of the Order of Dannerborg, Derek Jacobi is not Jewish as his last name with “i” may suggest. However, he may have some Jewish ancestry.

His great-grandfather came to England at the end of the last century from Germany. His ancestor also may have originated from Prussia. Obviously, he has white ethnicity and his nationality is English. Unfortunately, he is not a big fan of social networking sites like Twitter, Facebook and Instagram. However, his fans can connect his fan sites over these platforms.

Other wiki on his personal life and professional life can be accessed via Wikipedia and IMDB’s biography on him. His shirtless pictures from various acting projects can also be accessed via internet .Also, to get access to more information on his personal life, one can gladly go through his confessional autobiography namely “As Luck Will Have It”.