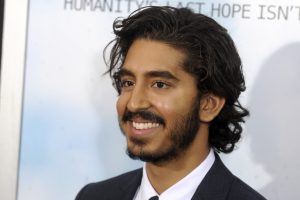 Indian British actor Dev Patel is mostly known for his role of Jamil Malik, a poverty stricken boy turning out to be a millionaire, in world-famous director Danny Boyle’s hardship Slum Dog Millionare. Other notable works of the emerging actor include TV shows namely Skins and The Newsroom plus the movie The Best Exotic Marigold Hotel.

With the tall height of 5 feet and 6 inches, winsome face, good body and some sprouting acting might, the 2007 AS Levels – PE, Biology, History and Drama pass-out from Whitmore High School is not – just another new boy searching his place in the industry. He has worked hard since his school days- acting in school productions, earning grades for his creative acting in A levels, and impressing people went from college faculty to reputed directors – simply wherever he went.

Just after two auditions, he got the role in Skins. At the moment he was still studying in Whitmore. And, not surprisingly, just after one year from Skins, in the year 2008, he won many awards along with OSCAR for the movie Slumdog Millionaire. But, less people know that the director Boyle didn’t wanted a good looking hunk types for the movie. In the process of searching for more Indian lookalike, Patel was selected.

Yes, indeed, he is not too good looking, neither he is too Indian like many people may generally perceive.  His mom and dad emigrated from Kenya along with their respective parents. We don’t know much about Dev parents’ marriage, but it is said that they first met in London. Born in a Hindu family, Dev is also AIMAA World Championship bronze medalist in Takewon-do. He was a red belt back then. Now, he is a first Dan black belt. Moreover, he has strong British accent- so strong that his accent somewhat shadowed the Indian British accent required for his character in The Best Exotic Marigold Hotel. So, he had to practice the Indian-British accent extra hard for the movie.

Hardworking and creative in nature Patel has a habit of playing in future commercially successful, award winning and/or critically rated movies. But, in the year 2010, the talented actor got the Razzie award for the worst supporting actor for his acting in the animated series- The Last Airbender. Now, as of 2015, two of his movies are in post-production- The Second Best Exotic Marigold Hotel and Chappie. Plus, he is currently filming in two new movie projects namely Child 44 and The Road Within. The ensemble movie The Second Best Marigold Hotel is the sequel of the first one. In this movie, he will again be playing the role of young energetic manager Sony trying to branch out his first sequel hotel to the new one- the idea of course will only turn to reality after passing through some predictable and unpredictable situations.

Like Sony, he has always been energetic in nature. One can also call him a lucky guy for the kind of projects he got but the reality is he knows what he wants from the movies. He knows to choose the right roles for him and thus, ends up with such projects which are unique in nature and suitable for his acting.

But, how lucky he is in his love life? Unfortunately, the six years old relationship of the talked about couple Frida Pinto and Dev officially ended just in this January of 2015. But, they may have ended their relationship quite earlier. It is said soon to be girlfriend chatty and very social able Frida and always gentleman Dev first met in the sets of movie Slumdog millionaire and instantly bonded. It is also said that the both or either one of them was already in a relationship before their relationship happened- as all possibilities are welcomed for discussion. Plus, soon after they started dating, people even started speculating that the relationship will not work because of their age gap of around 6 years. Plus, they are also described to be quite opposite in nature.

Nevertheless, Dev has net worth no less than $4 million and future that can be luminous in a great way- as he represents both Indian and British life of Britain. So, one can also call him the man of diversity. Anyway, his fans can connect him via social networking sites like Twitter, Facebook and Instagram. Plus it would be a good idea to go after his Wikipedia’s and IMDB biography to know more about his professional life, and there are lots of interviews of the actor on the internet as well.

Yes, he has gone shirtless in Skins, truly nude if you want to know. Other characters along with other characters in the television series are quite fun loving. Anyway, at the time, his body was too slim. Now, he has definitely upgraded his body and gained some weight. Good for his future wife – if he gets married. But, that will take a long time.