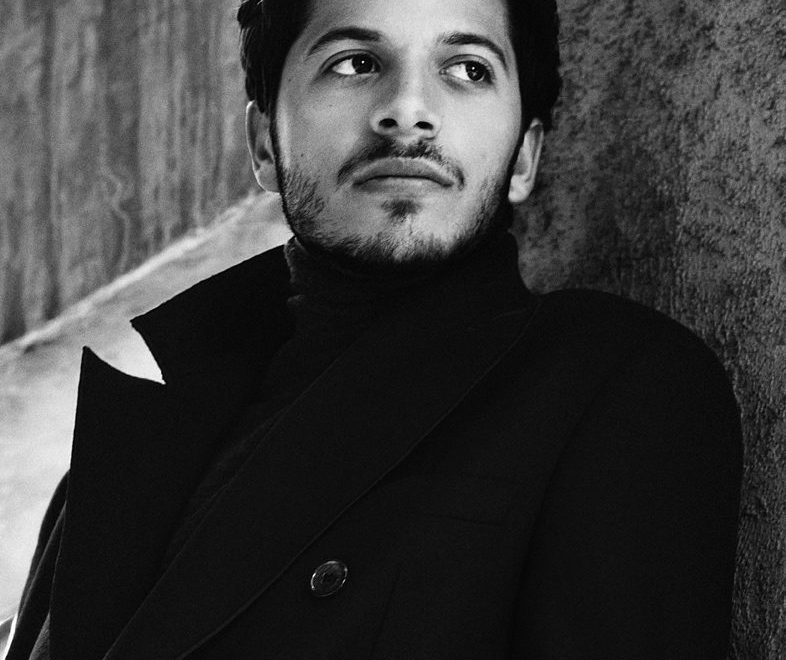 “In preparation for the film I didn’t have to do –(ahem) –we didn’t have a boot camp but my character drives several different Omni-trucks. So, I had a great time learning to drive them. And, we did some basic weapons training. Should we have weapons and stuff on us- we were comfortable holding them. That kind of thing was the technical things I had to do. But, as for a boot camp, I didn’t have to do it.”

Born on 14 November 1987, Brent, London, England, United Kingdom,  British actor Dimitri Leonidas has established his name in the competitive Hollywood industry as a talented aspiring actor, impressively portraying one of the famous Monument men namely Harry Ettlinger,  a German-Jewish teen who is the driver and translator for the other Monuments Men, in the George Clooney’s art masterpiece-saving movie The Monuments Men, which is based on Robert M. Edsel’s non-fiction world-famous book namely.

The talented actor is known for his strong acting capabilities, which he has been showcasing since his teen days. At the age of 13, he impressively portrays a character named Ross in an episode of the world’s longest-running emergency medical drama series Casualty. From then to the year 2013, the British actor was known only in the United Kingdom for his handful of popular TV show roles. But now, as of 2014, the 27-year-old actor has been already emerging as an aspiring actor in the industry – thanks to his appealing roles in two of the most talked-about movies of 2014 namely The Monuments Man and Rosewater. Nevertheless, the upcoming actor’s net worth is thought to be around 5 million US dollars.

With a height of 5 feet and 8 inches, charming personality, solvent looks, and fit slim body, the talented actor surely has got a good physical sex appeal. Plus, he is a man with no such rumors or bad reputation. Whatever he has achieved in his life, it’s because of his dedication to acting. Surely, he is not a tall person but he has got his progressing career to take him to greater heights.

Simply, it’s his love for acting that made him a strong teen even after his mother’s cancer-led death when he was just 13. Fortunately, he gets enough guidance from his actress sister Stephanie to step into the acting industry.

Also, it is said that the owner of a local theatre group, who on a regular basis saw young Dimitri coming along to the theatre with his older sister Stephanie – recognized the potential of the young actor and later, supplied him with fair amounts of auditions. The young boy would utilize each and every opportunity he encounters after the death of his mother– as for him acting was something more than a newfound interest, perhaps a way to start a new beginning and forget thinking about the untimely death of his mother.

Anyway, he has a mixed ethnicity that he derives from his parents – Greek Cypriot ethnicity from his father Harry Leonidas, and Welsh plus English ethnicities from his mother Lesley.

Furthermore, there are no rumors on matters related to his personal life including married, girlfriend, affair, gay, or dating rumors. Moreover, to view his shirtless pictures, a Google search would be a better option.

Another wiki on his personal life can be accessed via Wikipedia’s biography on him. Last but not the least; his fans can connect with him via his Twitter, Instagram and Facebook profile. Sadly, it seems that he has fewer followers on these social networking sites, but the figures are likely to increase in the future of the fact that he is such a talented actor and has a genuine personality.