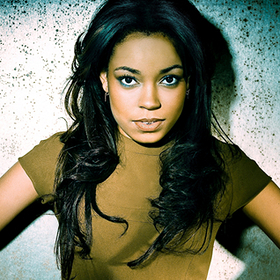 Dionne Julia Bromfield was born on 1st of February 1996 in Tower Hamlets, East London, United Kingdom. Her mother was English but her father was a Jamaican. After her birth, her father walked away from her family. So it can be said that she has never known him well enough to remember him. She grew up in south London where she attended Gatehouse School, located in Victoria Park.  After that, she went to Beaverwood School for Girls in Chislehurst till 2009. Her first musical recording was on youtube when she covered the songs “If I Ain’t Got You”, whose original version is sang by Alicia Keys. After she became popular, she revealed that Amy Winehouse, the famous British singer was her godmother. Later, she attended Sylvia Young Theatre School in Westminster.

She is a singer/ song- writer and a TV presenter as well. She released her first album in 2009, which was released by Amy Winehouse’s Lioness Records label. Her performance on the British TV show Strictly Come Dancing was backed by Amy Winehouse, which grabbed the eyes and ears of many people. Sit was then that she was really popular among the people. On 25th September 2009, she performed alongside Winehouse at the Prince’s Trust End of the Summer Bal. She also appeared as a presenter on the show Friday Downloads.

Regarding her age, she is not very old. Born in 1996, she is still in her teenage days. Her age in 2014 is 18 years. But this early in her career, she has launched and established herself as a successful musician. So, in the days to come, her career will take a greater hype.

Her parents were from different countries. Her mother was from England while her father was from Jamaica. She has never really had any contact with her dad.

Recently, she has joined twitter. She reported that she was excited to use it and meet new people, her fans especially. She has been followed by around 137,228 followers worldwide. Despite her busy time table, she has been able to post more than 10 thousand tweets till date and has been following 3500 plus other people on twitter. She also has an official website that includes her records, posts, pictures, tour dates etc here.

She has a boyfriend named Nathan Sykes whom she has been dating since 2012. Nathan is also a musician and a lead singer in a Pop boys band The Wanted. Since she is only a teenager, she is not very tall right now. At the age of 18, her height is 5 feet 2 inches which is 157cm precise.

In the June of 2011, her song yeah right was released and posted on youtube. It became an instant hit and the number of views increased. This song featured Diggy Simons as well. The 4 minute long song has received 1,102,066 views till date.

She has done shows in many parts of UK like in London, Liverpool, Oxford, Ireland, and Wales etc. Besides that she has also toured across Europe, North America and some other parts of the world. Her tours and concerts are organized by her sponsors and she also receives huge endorsements offers as well.

This article about Dionne is written by referencing several sites. There is much news about her in the internet in various sites like wiki.

was born in . is Singer-songwriter by profession, find out mroe facts, education, weight, and more.