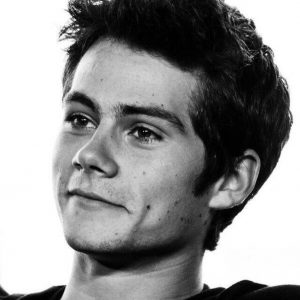 I feel like I’m good with girls. I understand them and am good at loving them. I’ve always felt like that’s been natural for me. – Dylan O’Brian

Declared as the New York Mets fan by Twitter, Dylan O’Brien has got tremendous success in the early age. Because of the support of the family, he has stepped into this arena and justified with his potentialities.

He was born in August 26, 1991 in New York City. His father, Patrick O’Brien is a cameraman while his mother, Lisa, is a former actress. He began his career as a YouTube Star with the help of both mother and father. He auditioned for MTV’s Teen Wolf and after 4 auditions; he got the role of Stiles. From 2011, he started to play in Teen Wolf. He made his debut from the film “Charlie Brown: Blockhead’s Revenge”. Till today, he has appeared in five movies.

His acting is well received by the critics. In this period, he got chance to work in the comedy film “The Internship”. In 2014, he got three prestigious awards which motivated him to enhance his career. He won “Giffoni Award” for the category of Giffoni Experience Award. He also won “Teen Choice Award” and “Young Hollywood Award” for Choice Teen Villian and Breakthrough Actor respectively.

He is very popular from his roles in TV Series. He acted as the role of Peter in “First Dates with Toby Harris” in 2013. In addition to that, his fans increase as he played in “New Girl” in the role of The Guy. Moreover, he has also produced, starred as well as directed numerous comedy short films and released through his personal YouTube channel. He is also the drummer of the independent rock band “Slow Kids at Play”. Despite of the height of success, he is always enthusiastic to learn more from this field.

He is 5 feet 10 ¾ inch tall. There has been a rumor that he is a gay. But these rumors disappeared after his comment in J-14. He exclusively commented that he has a huge crush on Selena Gomez. Though he said that he has a crush with her, he is currently dating with Britt Robertson. They first met while filming “The First Time” in 2011. Since he is a young bachelor, many girls want to have an affair and become his girlfriend. And there is no inquiry in media for his married status and about his future wife. He has the net worth of $3 million.

He commented that he is a big root beer guy. While growing up, he was in love with Jennifer Aniston from “Friends”. As he was very shy in his early age, he has difficulty in making friends till few years of high school. At first, he didn’t give any thought about the roles he was playing. But after nominated as well as awarded from prestigious awards.

He knew about their importance. Though he is positive about the workout session as well as exercise to be healthy, he seems not to do that ever. He is a big fan of baseball. He does not know about clothes and the fashion. He really wants to work with good filmmakers as well as play interesting characters to gain more knowledge about this field.

He is actively involved in twitter as well as in Instagram. He has the large number of followers in twitter i.e. 1.98 million. To get more information about his biography, you can always rely on https://unapix.com/. We will regularly update his information and wikis. His shirtless pictures are also available in various sites.