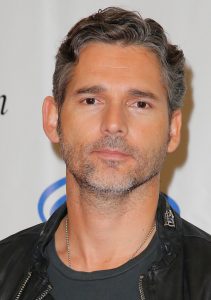 The extremely dashing and handsome personality Eric Bana was born in 9th of August 1968 to father, Ivan and mother Eleanor in Melbourne, Victoria. He was born as the younger of two children to a father who was a logistics manager for Caterpillar, Inc and a hair dresser mother. Bana was brought up ni Melbourne’s Tullamarine where his family had suffered from racist taunts. Bana showed his acting skills since his early days. He was very good in mimicking his grandfather’s walk, voice and mannerisms. From the age of six or seven, he started to such characters on him. He says that he used to be very naughty during his school days who used to Mimick his teachers and seldom get into troubles.

In 1979, after watching Mel Gibson film Mad Max, he decided to become an actor. He says that he loved star trek: The Original Series in his early days. Until 1991, he wasn’t so serious about his career. Previously he used to stand-up gigs in inner-city pubs which did not provided him sufficient income so he continued his work as a barman and waiting tables.

After lots of struggle, he made his television debut in 1993, by appearing in Steve Vizard’s late night talk show, Tonight Live. After this he was invited as a writer and performer in sketch comedy series, Full Frontal. Bana was able to achieve huge success, name and fame within a very short period of time. Soon, after record a comedy album Out of Bounds in 1994. In 1996, he hosted his own television special, titled Eric. In 1997, he received a title Most Popular Comedy Personality in Logie Award for his work on the show.

Bana was able to achieve the title Best actor. In 2001, he was casted in film Black Hawk Down as an American soldier. In 2002, he appeared in low-budget Australian film The Nugget. While filming The Nugget, he was offered for the movie The Incredible Hulk. In 2004, he appeared in big-budget film Troy with Brad Pitt. In the same way, he appeared in many films and movies. Most of them were box office hits.

Multi-talented Bana was married to his girlfriend Rebecca Gleeson in 1997. The couples have one son Klaus and a daughter, Sophia. He is happily married and is living in Melbourne with his wife and children. Since he has good marital relationship, he is unlikely to get divorce. Bana is very charming and attractive man with attractive body and incredible height. 45 year old actor is 6 feet and 3 inches tall.

Bana has many fans and followers. He is accepted and admired all over the world. He is one of the best example for the youths for the inspiration. He is one of the successful Australian actor who was able to buy his first car, a 1974 XB Ford Falcon coupé at the very young age of 15. His fans can find him in his new movie Deliver Us from Evil which is one of the most awaited movies in 2014. Successful actor was once assumed to be gay. Much more information about him can be found in wiki and his personal sites. His shirtless pictures can be found in the internet.