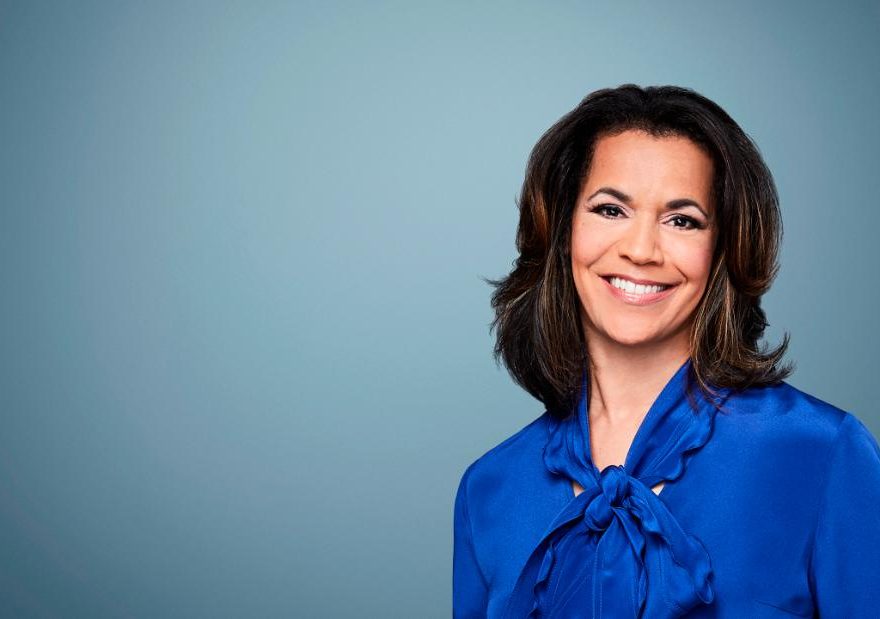 The famous and gorgeous news anchor Fredricka Whitfield is the daughter of Olympian Mal Whitefield. Her birthday is on May 31, 1965.

After graduating she pursues her education to get Bachelor’s degree and joined Howard University.

She holds a journalism degree. Her degree was a milestone towards her successful career as a reporter and anchor. Fredricka was known as one of the bright students during her college years.

The extremely hardworking and ambitious lady had aimed toward her career as an anchor.  Her mindset was always on the object of her desire. The talented diva got her first opportunity while she was attending Howard University.

Her first job was as a news anchor at her college radio station WHBC. But she took a real step in the world of journalism after her graduation.

At the beginning of her career, she worked as a morning anchor and reporter in Charleston, South Carolina at WCIV. She has gained experience in her early career working for several channels.

The diva is blessed with six senses and vision; she gets a vision of whom and where she is going to work. Her good luck favors her or we can say she is very lucky.

She has made the best of every opportunity she gets and has tried in every station that gave her the opportunity. Her positive working attitude and lots of working experience made her an efficient, hardworking, and valuable employee.

She has worked as a general assignment reporter with WTNH. Adding further she has worked with KTVT-TV in Dallas.

Later she shifted her career to News Channel 8 and worked as an evening anchor. After that, she joined WPLG-TV and become successful as an anchor and reporter. Versatile and talented diva never sticks in one of the stations for a long time.

Her education, experience, and enthusiasm are always great assets for any station where she has worked with. Finally, after a long wait, she was hired as a correspondent for NBC Nightly News.

This gave her a very good opportunity and she gave her time, dedication, and commitment to the network.

She worked for the network until 2001 and she covered much-breaking news, and international headlines including the presidential race, and natural disasters like flooding, hurricanes, and tornadoes.

And in the year 2002, she joined CNN and established herself as a successful media personality.

She is a beautiful lady standing tall with a height of six feet two inches. A long lady has achieved and accomplished a lot more in her career.

She has been awarded countless awards and recognition for her excellent job. She was the honored with George Peabody award in 2005 for coverage of Hurricane Katrina and its aftermath.

Later in 2007, she won an Emmy award for her mind-blowing live coverage of breaking news. She has proved herself as the most promising and established journalist and has been an inspiration for many new journalists.

She has handled her both personal and professional life with confidence, care, and perfection. She is a married woman and her husband’s name is John Glenn.  She is blessed with three beautiful children. She was first pregnant in 2004 and gave birth to her first baby boy in 2005.

Later in 2012 she gave birth to twins and named Nola Amanda Glenn and Gilbert James Glenn. She is living a happy life with her family. She has good chemistry with her husband and they share strong bonding of love with zero chances of divorce.

She is a lovely wife and caring mother. Her ethnicity and race are unknown. She has already crossed her mid forty’s, her age is forty-eight.

She looks incredibly hot and super-sexy with perfect body measurements. Her long slender legs add charm to her beauty. She is active on Twitter and wiki.