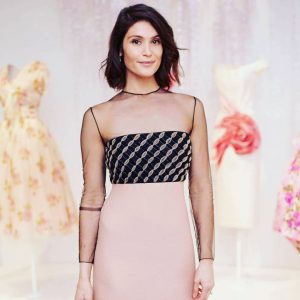 Gorgeous English actress Gemma Arterton (birth name Gemma Christina Arterton ) was born in 2 February 1986 to Barry Arterton and Sally-Anne in Gravesend, Kent, UK. Gemma’s father is a welder where as her mother is a cleaner. She was born with extra finger in each hands but it was removed She has a younger sister. Gemma’s parents have always encouraged their children to be creative.

Hence, Gemma chose to be an actor and her sister Hannah loves to sing. Her parents were divorced when she was five years old. Gemma lived with her mother and younger sister. Gemma went to Gravesend Grammar School for Girls, in Kent. Gemma made her first debut in an amateur production of Alan Ayckbourn’s The Boy Who Fell into a Book.

Then after at the age of 16, she left her school and joined Miskin Theatre School located in Dartford. Talented Gemma received a 100% government grant to study at the Royal Academy of Dramatic Art. Gemma started dating handsome fashion executive Stefano in 2009. On 5 June 2010 Gemma was married to her boyfriend Stefano Catelli in in Zuheros, Andalucia, Spain. Stefano was a fashion consultant. She had separated from her husband by early 2013.

Energetic Gemma Arterton has a flourishing and a successful career. In July 2007, she made her first stage debut in Shakespeare’s Love’s Labour’s Lost as Rosalineat the Globe Theatre and also in St Trinian’s as Head Gir Kelly. This beautiful actress appeared in Quantum of Solace- A James Bond movie. In this movie she had to be covered from head to toe in oil for the death scene. She had also played in Thomas Hardy’s Tess of the D’Urbervilles.

This is a BBC Adaptation. Also, Gemma played the role in the ITV serial, Lost in Austen in 2008. In 2009, she did “The Disappearance of Alice Creed”. In October 2008, Gemmy became a face of Avon’s Bond Girl 007 fragrance.

She was premiered in The Little Dog Laughed in 2010 and in the same year she was seen in Clash of the Titans and Prince of Persia: The Sands of Time, and Tamara Drewe. She played a lead role in comedy featured Tamara Drewe and for this excellent performance she was nominated by British Academy of Film and Television Arts. She was also nominated for The Disappearance of Alice Creed.

At the 2012 International Film Festival of Marrakech she was selected as one of the jury. Gemma was also stared in the American-German action-horror film Hansel & Gretel: Witch Hunters released on 25 January 2013 where she played a role of Gretel. This movie was directed by Tommy Wirkola and she was casted opposite to Jeremy Renner who played a role of her brother Hansel in the movie. In January 2014 she was stared in John Webster’s The Duchess of Malfi. Gemma will be featured in Made in Dagenham – an upcoming musical which will be premiered on 5 November 2014 at the Adelphi Theatre in London.

This hot and sexy actress height is 5 feet 7 inch (1.7 m) tall and weighs 120 lbs. Gemmy is very conscious about her health and skin. She is very particular about her daily workout. Her body measurement is 34-28-39. She has got big beautiful boobs. She was posed in hot lingerie for the cover of gq magazine. She showed off her buxom cleavage as she filmed scenes for her upcoming movie Byzantium on the south coast of England.