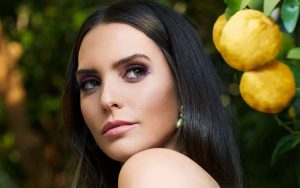 When she was born, her parents thought she was a lucky omen for a lifetime. Her name derives from the word “Genesis” which actually means “the origin or mode of formation of something.” She got the name because she was the sign of new life for her father. Her father José Luis Rodríguez, a Venezuelan actor, loves her and her mother Catalina so much and the proud daughter and wife, Genesis and Catalina loves him back equally. Her father and mother met during the time when José had just separated from his first wife.

“American Actress Genesis Rodriguez has now established herself as a top-level Hollywood actress by acting in reputed movies such as Man on a Ledge, Casa de Mi Padre, What to Expect When You’re Expecting The Last Stand and many more.

Born on July 29, 1987, Genesis gets involved into acting since her childhood. In fact she starts taking dance, vocal and acting classes when she was 2½ years old, as she enters the Carrollton School of the Sacred Heart in Miami, Florida, taking summer classes at The Lee Strasberg Theater and Film Institutes.

She studies acting, dance and vocal preparation, locally and nationally as a teenager. After intense training at The Lee Strasberg in New York and other institutes in California, she returns to Miami to continue her private training and instruction. In this way in early age of 8, in 2005 she was able to get a recurring role on the American daytime series “Days of our Lives” till 2006.

After that, she explores Spanish language roles in television series like Prisionera, Dame Chocolate and DoñaBárbara and later, acts in many reputed American movies. But, her first recognized début in American Television series was in 2010 on the Emmy-winning HBO series entourage.

We can see, she transitioned from a Spanish language actress on Telemundo network to a reputed American movie star via her role alongside Will Ferrell in Case De Mi Padre. Because of her good acting abilities and fit body configuration, people liked her in the movie. After that, she rapidly explodes into American movie industry with roles in popular movies like The Last Stand, Identity Thief, Hours, Tusk and Run All Night.”

Half Cuban Hal Venezuelan, Genesis has no problem with her body. She has said in an interview she likes to go to beach wearing minimum clothes. Dad being a movie star and mother being a model, she has inherited the good looks from them. Even when she was a kid, boys in her class used to call her “the hottest girl of the class”. She understands her sexy looks and dresses accordingly. Plus, she can speak with logic and reason. Being a talkative person, she understands how to control her body language as well.

Talking about her body, let’s start with gorgeous Genesis’s body architecture. With slim hourglass shaped body, firm breasts, flat belly shapely legs and nice buttocks, Genesis can originate hotness wherever she goes. Plus, the body measurements of 34-24-34 inches combined with a height of 5 feet and 5 inches makes her too hot to handle. If you want to see her body more picture-perfectly, check her roles out in Man on a Ledge, where in one revealing scene she only wears a pink bra and panties while changing clothes. Moreover, it’s true she has gone through some breast implants and the breasts are looking nice on her.

She is a Latin hottie and in Latin tradition, showing tits and ass in a sexual way is to gain their independence because it makes them more emancipated. She has appeared in cover page of many famous magazines like maxim, Complex, Flaunt, GQ and many more. Her pictures go viral on internet in daily basis.