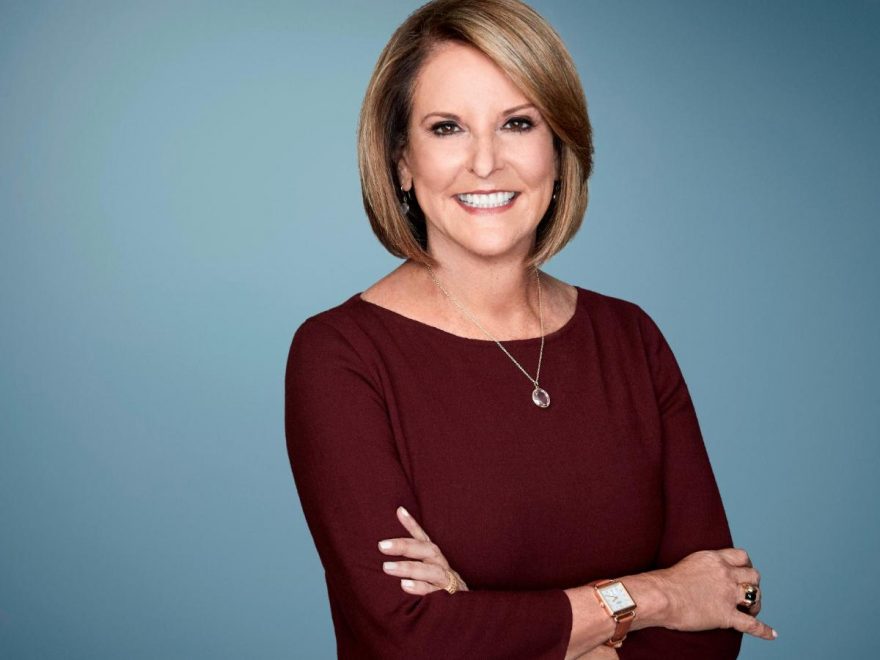 She holds American nationality and came from the ancestors belonging to the Jewish religion. She completed her high school study at New Rochelle High School, New Rochelle, NY in 1970. She is a graduate in BA English from Colgate University Class of 1974 which is located in Hamilton.

She has worked as an associate of the board of trustees there.  She is married to Lance Morgan, a public relations executive. At present, she lives in Washington, D.C. with her husband.

The couples are blessed with their two children (sons). Gloria Borger is known as the political forecaster and correspondent working for CNN. After two years of college life, she started shaping her career at Washington Star where she worked as a reporter.

Early in her career, Borger was awarded the Watson Traveling Fellowship to study the British press. Previously, Borger was contributing editor and columnist for US News and World Report magazine. At present, she is Chief Political Analyst at CNN. She joined CNN in 2007.

She had been an asset to any organization. It’s no wonder CNN is paying her a great amount of salary to keep her satisfied and retain her for the long term. She has accomplished great heights in her professional life.

Formerly, she was the National Political Correspondent for CBS News. She worked previously as the co-anchor of CNBC’s Capital Report and appeared on CBS’s Face the Nation, and 60 Minutes II. Borger covered the Three Mile Island event for Newsweek (1979).

After joining CNN in 2007, she was frequently seen covering the 2008 campaign trail. Borger’s appear regularly on The Situation Room with Wolf Blitzer, The Lead with Jake Tapper, and across the network’s prime-time programs.

She plays an instrumental role in the network’s daily coverage while reporting on a variety of political and breaking news stories.  She also writes a column for cnn.com regularly.

She has distinguished herself at CNN through a variety of in-depth interviews and profiles, providing added value to the daily headlines. She appears on a variety of CNN shows, including daily appearances on The Situation Room and regular appearances on the John King, USA show.

In 2012, Borger reported CNN’s 90-minute documentary on the life of Mitt Romney and his journey in politics, and his devotion to his Mormon faith. She earned the network a Peabody Award for playing a role in the network’s political coverage during the 2010 midterm elections, as well as America Votes 2008 coverage.

The very intellectual and beautiful Gloria Borger is in her sixties but she has maintained her body with a proper diet and physical workouts. She looks gorgeous and has a pretty face. She has never been brought down by her clothing style yet she fits into the outfits in an elegant manner showing her legs and stunning look. She puts a lot of effort to enhance her appearance.

Rumors of Gloria Borger’s plastic surgery & facelift flew around but it seems to be false.