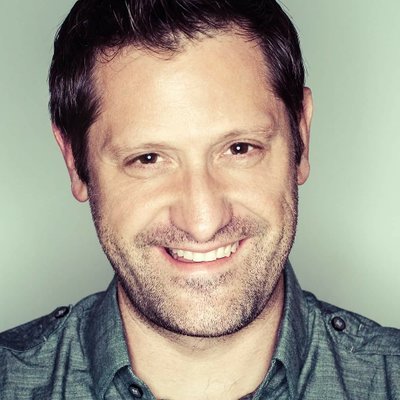 Grant Steven Wilson also known as Wilson grant was born on the 3rd of July, 1974 (he is 40 years old) in Rhode Island, United States of America. In the early stages of his career, he worked as a web designer.

Doing not so well as a web designer, he changed his profession and started working as a plumber for a plumbing service company in Ohio, known as Roto-Rooter.

Apart from that, his field of interest and talent lies in writing. His genre is mostly fantasy writing, where she imagines several role-playing characters and describes their characters, dialogues, scenes, etc.

Besides writing, he is also a talented musician and likes to make different music playing instruments like guitar and piano.

At the age of 15, Wilson encountered a recurring paranormal experience in his life. He said that he would see an unidentified object recurring in the woods of Rhode Island.

With that going on, he came to know about a man named Jason Hawes, who was a member of the RIPS (Rhode Island Paranormal Society). It was a group that was meant to help people who were having traumatic paranormal experiences.

Wilson met with Hawes, who was also a co-founder of taps and offered him to redesign the website of RIPS.

Both Wilson and Hawes have been working with each other for a long time, including in the Roto-Rooter as well. The two have jointly started an Inn by the name of Spalding Inn in Whitefield, New Hampshire.

Apart from giving lectures on the paranormal, Wilson also frequently goes on private ghost-hunting trips and they together organize ghost hunting events for fundraising for several charity organizations.

This kind of event has gained more popularity in recent years with the active participation of TV personalities.

Wilson’s wife is a TV star and celebrity Reanna, who he married back in 2004. The two have been together ever since and together have three children. Although there was some rumor about Wilson leaving his show because he was about to get divorced, all of that was ruled false.

Although he said that he wanted to leave the show because working with the paranormal had made his life monotonous, He said that he did not have proper time for food, rest, and his family as his working schedule was unmanaged. With all his paranormal shows and ghost hunting, he has become very popular among the people.  On top of that, his participation with the TV celebs has taken that popularity to a new hype.

Thus he has made a wide number of fans and followers, both inside and outside of the United States.That can be observed with his Twitter account as well. While wanting to stay in touch with his fans, he has got over 1, 95, 710 followers on Twitter. Also, he has over 8000 tweets till now, making him busy on the internet as well. You can follow him on Twitter at twitter.com/grantswilson. Grant isn’t the tallest of men. His last recordings reveal that he is 5 feet and 8 inches tall. In terms of scale reading, his height is 172 cm, which is not very tall. what happened to grant Wilson? After he quit the show in 2010, people were curious to know about him. After all, he had given them several entertaining shows to cheer for. But in 2012, he came up with another Sci-Fi mind-boggling series by the name of ghost hunters.