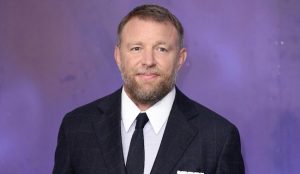 One of the most successful English filmmakers who loves creating crime masterpieces, Guy Ritchie thinks the sole idea of Underworld is sufficient to attract people – “because there is a hard line between what is right and wrong.”.

He enjoys a massive net worth of around 100 to 110 million. His movies “Sherlock Holmes and Sherlock Homes” and “Game of Shadows: are known for their strong characters, visuals, and action-packed plots – thanks to his directorial skills. However, he was criticized by many critics for making the story of the historical detective too action-centric.

Since 1990, the celebrated director has directed about twelve movie projects. Out of the twelve, except the 2002’s flop romantic comedy Swept Away featuring his then-wife Madonna, most of the movies are crime related. His first two movies “Lock, Stock and Two Smoking Barrels” (1998) and “Snatch” (2000) were certainly new approaches to crime comedies back then.

Both the movies were praised for their lively characters, and nevertheless, both the film got critically praised for a series of unique quality that evolved in Guy Ritchie’s movies namely graphic presentation, mischievous approach to violence, detailed characters, and relative bond between crime and comedy which is believable and soul-searching.

But, the journey to the industry for the director was not as easy as it may sound. With no theatre degree and enough money to fund his interests, he tried to persuade many people in the industry to join his campaign in creating some unique movies.

Fortunately, he got support from people like Peter Morton, Matthew Vaughan, and Trudie Styler, and the Lock, Stock, and Two Smoking Barrels eventually saw the morning daylight. Moreover, the movie ensured it has an awesome list of talented cast members Jason Flemyng, Nick Moran, Jason Stratham, and many more. Plus, it was Jason Stratham, Jason Flemyng, and Dexter Fletcher’s first big debut.

After the movie turned into a big success, Guy was no more seen as a small TV show – commercial and video director. Plus, his life was going to take a quantum leap as he was going to marry world famous singer Madonna in the recent future. Madonna and Guy first met at a party thrown by actress/producer Trudie and her musician husband Sting.

No one had thought this dinner would bring the singles Guy and Modanna together – except Trudie and Sting.

It is said that upon meeting Guy at the dinner, Madonna was impressed by his cockney nature and down-to-earth personality. Plus, the fact that he had made name for himself charmed Madonna. Likewise, Guy as well couldn’t resist falling for the beautiful artist.

Then near-to-40 Madonna and near-to-30 Ritchie dated each other till 2000. After the media largely began to publicize the duo, they finally opened up about their relationship in the late 1990s. They surprised the world by announcing that they were not only dating but girlfriend Madonna was pregnant with Guy’s child. Finally, they married in the year 2000.

Initially, both of their fans loved the way they were taking their relationship seriously. Madonna previously had her kids, had the reputation of coming in and out of as much as the relationship she liked, and had this reputation of being a wild woman. But, suddenly she turned into an English lady after marrying Guy. The couple moved to London and enjoyed countryside life.

But, unfortunately, on 15 December 2008, the couple’s divorce news flooded the worldwide media. No one back then had thought that this situation would come. Guy and Madonna were thought to be like “Brangelina” back then.

The original reason for the divorce is not known. But, many celebrity experts have pointed out that the catalyst of their breakup can’t be a single factor, but are many such as the failure of their combined project Swept Away.

People negative criticisms surrounding the movie, lack of enough care from Guy when she was hurt badly back in 2005 after the fall from a horse incident, their busy career, Madonna wild music videos after she recovered from the accident, and many more. As time passed, the couple was no longer interested in one another, often criticized one another, and accused one another.

Now moving on to his physical orientation, he is a tall man with a height of 5 feet and 11 inches. His personality traits are described as down-to-earth, fun-loving, and laid-back. Anyway, his weight is not known. Bu, it is a sure fact that he is not a big fan of working out. He likes to keep his body relaxed. Except a little bit of fat on his stomach, he is normal looking-not too hunky and not anyway slender.

Currently, he is in a relationship with his model fiancée Jacqui Ainsley. Guy and Jacqui have three children together. They are usually described to be dating since 2010. And for Madonna, she is back again to her beloved past habit of dating random men – she has dated two men in total after her traumatic divorce with Guy.

Past is past. Both the celebrities have moved on. Their relationship didn’t work because they weren’t quite compatible with each other- say most of the insiders.