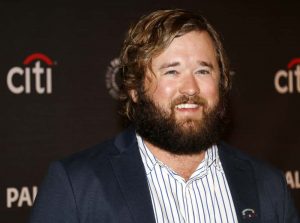 One of the busiest child actor of 1990’s, Haley Joel Osment was then eternally praised for his appealing acting in celebrated movies like Forest Grump and The Sixth Sense plus numerous television shows. Shortly after winning various awards for his role of Cole sears in the supernatural savvy director M. Night Shyamalan precious intellectual property, he got the role of David, an advanced humanoid prototype, in the Steven Spieldberg’s sci-fi masterpiece A.I. Artificial Intelligence.

Roles in high profile movies, popular comedies, talked about horrors, celebrated animated series, interesting dramas, and even huge experience of voicing in video games; the Los Angeles native can be called on the most diverse actor of this era. Plus, he is got some strong experience of acting in Broadway as well ( portrayed the role of heroin addict Bobby at Belasco Theatre in 2008. The play was an attempt to revive David Mamet’s American Buffalo.)

Now moving on to his physical orientation, he is not a tall man with the height of 5 feet and 4 inches. Neither, he is lean nor he is build- he doesn’t look anything like our stereotype definition of the modern day actors. Moreover, he is not as cute as he used to be in his childhood. His young day’s blonde hair is now colored. Plus, lower part of his face is full of beard.

Anyway, he gained weight back in 2014 or even before to play a Nazi role in the movie Tusk.. The point is, he doesn’t seem to care about his looks like many actors in the industry. Simply, the script demanded him to gain weight and he did. Plus, he has proved that he is a basket full of acting talents. Thus, we can confidently say he can conquer different kind of roles, but the time will tell whether he will muscle out or not.

.Moreover, his net worth is believed to be somewhere around 12-15 million. He is certainly satisfied with his acting profession. Equally, he is enjoying his dating life as well. Nobody knows when the couple is getting married or when they will officially talk about their relationship in public. He has been spotted many times in public with his blonde girlfriend. Unfortunately, he has kept his relationship low profile. So, nobody knows more than this. Nevertheless, he has large number of gay fans as well.  His gay fans love his Sassy Pants gay role and indeed, his shirtless moments of the movie.

Now, finally, it’s time to share the drug incident. He had an car accident back in 2006. It is said he drove the car under the influence of alcohol. It is also said he had some minor drugs in the car. A court sentenced him three year probation including other liabilities.