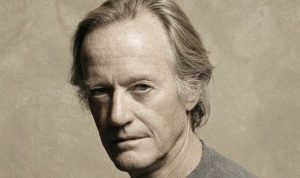 One of Hollywood’s most beloved actors, Henry Fonda (birth name Henry Jaynes Fonda) was born May 16, 1905, in Grand Island, Nebraska. He was born to advertising-printing jobber William Brace Fonda, and his wife, Elma Herberta (née Jaynes). He worked part-time in his father’s print plant and imagined a possible career as a journalist.

He earned the rank of Life Scout and became a scout master as an adult. After graduating from Omaha Central High School, Fonda enrolled at the University of Minnesota. Here, he intended to study journalism but eventually flunked out. Henry is married five times.

Henry Fonda started his acting debut with the Omaha Community Playhouse, a local amateur theater troupe directed by Dorothy Brando. He moved to the Cape Cod University Players and later Broadway, New York to expand his theatrical career from 1926 to 1934. His first major roles in Broadway include “New Faces of America” and “The Farmer Takes a wife”. The latter play was transferred to the screen in 1935, and marked the beginning of Fonda’s Hollywood career.

In 1968 he gave one of his best performances as a hired killer, in Sergio Leone’s ‘Once Upon a Time in the West’. In 1981, Fonda received an Academy Award for Best actor, for his role as Norman Thayer, in ‘On Golden Pond’. At the age of 76, he became the oldest man to win this accolade.

Henry Fonda is considered one of Hollywood’s old-time legends.  He died of a heart-attack in 1982. He was 77 years old when he left this world.  This legendary actor who acted on films, theatres etc is  noticeable for his “cat-like” walk, especially in westerns: moving at a slow but clock- like tempo, throwing forward one foot at time, while letting the arms dangle loosely at his sides. His biography is found in: “The Scribner Encyclopedia of American Lives”. Volume One, 1981-1985, pages 284-287. New York: Charles Scribner’s Sons, 1998.

He was ranked #6 as AFI’s top male screen legends. He was a founding member of the Hollywood Democratic Committee during the 1930s, formed in support of President Franklin D. Roosevelt’s New Deal agenda. He won a 1979 Special Tony Award. He left a clause in his will requesting that there be no funeral or memorial service. In the years since his death, Fonda has become more highly regarded as an actor than during his lifetime. In May 2005, the centenary of his birth, the United States Post Office released a Henry Fonda stamp.

His detail biography can be found in wiki, imdb etc.