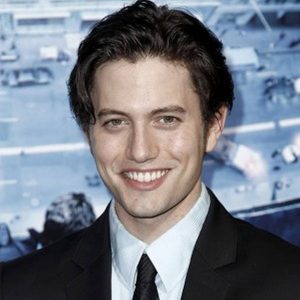 The extremely dashing and handsome American actor Jackson Rathbone was born in December 14, 1984 in Singapore. He is a son of American parents Randee Lynn and Monroe Jackson Rathbone. Due to his father’s job, he moved from Indonesia to Midland, Texas. Being an actor was his childhood dream.

He had keen interest in this field. In order to fulfill his dream, he attended a private school for the arts Interlochen Arts Academy in Michigan from where he majored in acting. After graduation, he had a plan of going to the Royal Scottish Academy of Music and Drama but instead of that, he went to Los Angeles to experiment with film acting. Soon after being in Los Angeles, he was casted in Disney 411. He also appeared in The O.C. and Close to Home with a guest role.

He also appeared in the films like Pray for Morning, Molding Clay and Travis and Henry. In ABC Family’s original series Beautiful People, he got his first role as Nicholas Fiske. He also played a role in Criminal Minds as Adam. In 2008, at the age of twenty one, he appeared in Twilight; film based on the best-selling novel by Stephenie Meyer as Jasper Hale. Due to his good presentation and hard work, he has a recurring role in the sequels to Twilight. After The Twilight Saga: New Moon, The Twilight Saga: Eclipse and The twilight breaking dawn part two, he appeared in S. Darko as Jeremy. In 2010, he appeared in The Last Airbender with the role of sokka.

On November 9, 2010, he appeared in an episode of No Ordinary Family. In November 2010, it was reported that he was casted in Aim High alongside Aimee Teegarden. Then he had a lead role in Live at the Foxes Den, in May 2011. Rathbone owns a record company, Happy Jack Records and a production company, PatchMo Entertainment. In his journey being a successful actor, he had many controversies. He has a Racial controversy on his film The Last Airbender. He was also claimed to be gay. Talented actor Rathbone loves music, writing, singing and producing. He also performed in a band called 100 Monkeys with his two high school friends. In 2009, he released three albums with the band. After dating his girlfriend Sheila Hafsadi for a long time, he was married to her on September 29, 2013. He has a baby son named Monroe Jackson Rathbone who was born in July 5, 2012. He has no other children.

He has a good marital relation with his wife so this couple is unlikely to get divorced. There are no other rumors on him about his dating and affairs since he is married. He has attractive body and power to lead and fascinate many people with his charm and success. He has wonderful height and sexy body. He is 5 feet 8 inches tall. He is a friendly and hardworking actor with many fans and admirers all over the world.

He is very much praised for his film works. He is also admired by many youths and is also regarded as youth icon. Numbers of search on him is made in the television and in the Internet in the networking sites like wiki, twitter, Google which includes his biography and his shirtless pictures and other photos. Rathbone has long way to go with the wishes of his well-wishers. – See more at: https://unapix.com/articles/jackson-rathbone-girlfriend-married-and-wife.html#sthash.nVzbESWr.dpuf