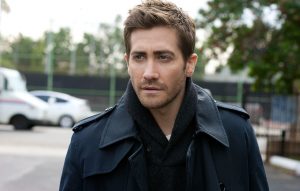 The dynamic and handsome personality of film industry Jake Gyllenhaal was born in 1980, December 19. He is a well-known popular American actor. He was born to a director father Stephen Gyllenhaal and a screenwriter mother Naomi Foner.

He has one sister named Maggie. Maggie is also an actress who is married to actor Peter Sarsgaard. He was born to a good family so he had an awesome childhood with good childhood memories and experiences.

As his family belonged to this industry, he had a keen interest in this field since his early days. Talented, dashing American actor Jake Gyllenhaal began his acting career at the age of ten. In the year 1991, he was seen as Billy Crystal’s son in the comedy movie City Slickers. Slowly, he appeared in many of his father’s film. In the year 1993, he was seen in A Dangerous Woman with his sister Maggie. Similarly, he was seen in Bop Gun and Homegrown in the year 1994 and 1998 respectively.

He also appeared in Italian cooking show Food Network. In 1993, he was seen in a film based on a little-known children’s adventure named Josh and S.A.M. In the same way, he appeared in many movies and gave continuously hits. In 2001, he appeared in Donnie Darko; a cult favorite movie.

He was almost casted for spider man in spider-man 2 due to Tobey Maguire’s health but Tobey Maguire recovered soon so he was not casted as Spiderman. Soon after that, he starred in a blockbuster The Day After Tomorrow in the year 2004.

In the year 2005, he appeared in Brokeback Mountain, Jarhead and Proof. He also auditioned for batman begins. He was highly praised by his hard work in Brokeback Mountain. He also narrated short animated film named The Man Who Walked Between the Towers. He was also a host of popular television show Saturday Night Live. He was seen in Zodiac in 2007. In the same year it was announced that he will be seen with Jessica Biel as a partner in a comedy movie Nailed.

Similarly, he was seen in the movies like Rendition, Brothers, video game Prince of Persia: The Sands of Time, Love and Other Drugs, End of Watch, etc. For his hard work and contribution in the movie Brokeback Mountain, he was nominated for many awards and was able to win some of them. He was also nominated for the movies like Jarhead, rendition, Prince of Persia: The Sands of Time, Brothers etc.

He was praised very much by his work and acting. After this movie, he was much more established in this field. There are many rumors about his affair and dating. Recently he was spotted with his girlfriend Alyssa Miller.

There are many rumors about his relationship and affairs. Once he was also assumed to be gay which was totally wrong. He has sexy, hot body with wonderful body measurement and height. He is 182 cm tall. We can see his physical appearance in his pictures. He also has his shirtless pictures posted in the internet. He has good looking brown hair and beautiful tattoos inked in his body.