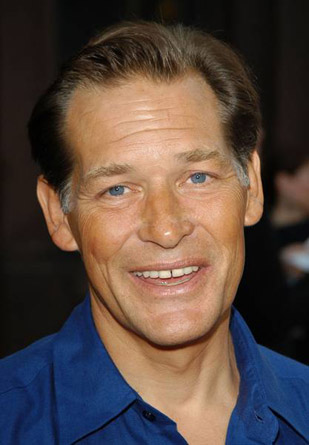 An American actor and voice artist, William James Remar is popularly known as James Remar. He was born on December 31, 1953, in Boston, Massachusetts to parents Elizabeth Mary, a mental health state official, and S. Roy Remar, an attorney.

Remar is popular for his role in Sex and the City, The cotton Club, and Vampire Diaries to name a few. Remar attended Newton North High School.

Remar was inspired to be an actor at the age of seven after seeing the movie Spartacus. Remar is popular for playing the role of a villain in major films. He is most known for playing the aggressively sexual and violent character “Ajax” in the 1979 film The warriors.

He has portrayed the role of a gay man in the movie Cruising and a gangster in The Cotton Club. In the 1996’s movie The Phantom, Remar played the role of one of the main villains Quill.

Remar has already appeared in movies like Drugstore Cowboy, 2 Fast 2 Furious, Fear X, The Quest, The Girl Next door, Boys on the Side, Hellraiser: Inferno, Tales from the Darkside: The Movie, Blade: Trinity, and Psycho. He also appeared in the sequel of the Mortal Kombat film Mortal Kombat: Annihilation.

He has also appeared in several TV series including Sex and the City, Tales from the Crypt, Hill Street Blues, Third Watch, and Battlestar Galactica. He had recurring roles in the CBS TV series Jericho and guest-starred in the CBS crime drama ‘Numb3rs’, where he portrayed a weapons dealer who later turns good and helps the FBI.

Since 2006, he is playing the role of Harry Morgan in the TV series dexter. For this role, Remar was also nominated for a Saturn Award for Best Supporting Actor for his portrayal of Dexter Morgan’s adoptive father.

In 2009, he appeared in the horror movie The Unborn along with C.S. Lee. In the following year, he guest-starred in The Vampire Diaries as Giuseppe Salvatore. His voice was also featured in the Ben 10: Alien Force and Ultimate aliens and Transformers: Dark of the Moon.

He also appeared as a man with a black mask in three episodes of The Batman. He was also featured in the video games The warriors in 2005, Batman: The Brave and the Bold in 2010, and Killzone 3 in 2011.

He has also a voice for the 2009-2010 Lexus car commercials. James has been nominated for the SAG award and the Emmy. In recognition of his work in Sci-Fi Fantasy and Horror, he was also honored with the Saturn Lifetime Achievement Award.

Remar has a macho body built with defined abs and biceps. He has an appealing personality with a towering height. This 5 feet 10 inches tall actor’s shirtless pictures can also be accessed on various internet sites.

His voice can be defined as a deep gravelly commanding voice. He enjoys photography, golf, and scuba diving in his spare time. Remar has reached 60 years old this year.

Regarding her personal life, he is a married man. He is married to his girlfriend Atsuko Remar. James and his wife Atsuko are blessed with two children. The couple separated but he is not gay. As he has a towering net worth, Remar is living a luxurious life.

was born in American . is Actor by profession, find out mroe facts, education, weight, and more.