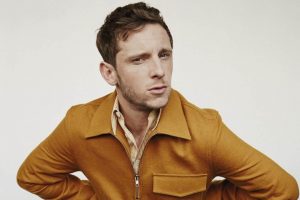 An English actor, Andrew James Matfin bell was born on 14 March 1986 popularly known as “Jamie”. His debut movie was ‘billy elliot’ that was release in the year 2000, and in same way, he also played couple of movies where he was known for his best roles like ‘King Kong’ in the year 2005,  ‘jumper’ in the year 2008,  and ‘The Adventures of Tintin’ in the year 2011.

He also made his debut appearance TV series in ‘Turn’ in the year 2014 starring as Abraham Woodhull. He was born and raised in Billingham, County Durham, England. He has set an example of endurance and dedication in his area of interest.

There are four members in his family were he was raised by his mother Eileen and older sister, Kathryn. His family has a rich history in the world of dance that dates back to his grandmother. His father, Jhon bell by profession was a toolmaker; he didn’t get his love and care from his father and had left before when bell was born.

He was ambitious and hardworking at very first phase; he has the quality to adore the specific characteristic of others very quickly, so that’s why he could imitate the moves of her sister while dancing when she used to practice in the studio. Because of his strong family circle and the kind of bounding he got from his elder sister, at very early age others began to recognize his inherent talent and it became a motivational effort for him to practice in much better way. By the time, when he was six years old,   he got chance to refine his skills in the Stagecoach Theater School. Ultimately, among the participants of more than 2000, bell was the one who was selected in the movie ‘billy elliot’ to play a role of Stephen Daldry.

After the success of his first movie, he never thought to look back.  ‘billy elliot’ earned many prestigious awards and also got recognized for the nomination which includes BAFTAs for Best British Film and Best actor for its young, who was also named Best Newcomer at The British Independent Film Awards.

He continued to impress his fans in the films like ‘jumper’,  ‘King Kong’,  ‘Dear Wendy’,  ‘ ‘Undertow’’ and ‘Hallam Foe’. At the age of 27 he got married to evan rachel wood in California. Her wife is US actress and now Jamie is the father of one child. There is big controversial in the media, lot of them have begun to see bell as gay.  And it happened in the incident that took place in BAFTA award program where he kissed the filmmaker after winning the Best actor BAFTA award for the 2000 movie which created negative stereotype to his fans and there were also reports of being homosexual.

While interviewing with the media person about his issues he address about the negative thoughts of media which created rumors because in his view it was just a relationship as a friend and a mentor, who bought him to this stage but media took to another level.

Regarding his latest movie ‘Nymphomaniac’ for the movie poster he went shirtless with the actress Shia LaBeouf.  Also in the separate character posters, which feature shirtless, nude, and topless individuals, including Shia’s girlfriend Mia Goth.  The photos were taken in order to release the latest film for the promotion. He often uses twitter to tweet his fans around the world, where we can see his profile named as @1jamiebell.  We also can find his detail information in the Wikipedia.