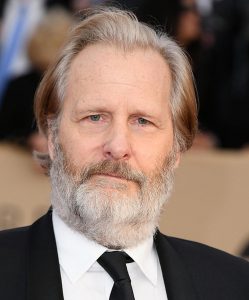 From his early childhood, he had a dream of becoming a successful actor. While he was at Central Michigan University, he time and again participated in the theatre programs. His performance was noted by Marshall W. Mason and he offered Jeff to work for Circle Repertory Theatre.

Jeff has performed many times in the stages. As his career started from there, he has never let it go. He made his debut in the movie “Ragtime” in 1981. In the movie “The Purple Rose of Cairo”, he was nominated for the Best Actor in Golden Globe Award. In 1986, he got a chance to appear in “Something Wild”. This movie was internationally acclaimed and he once again got nominated for Golden Globe Award. He has also worked in TV series.

Some of his successful works in TV are “No Place Like Home” and “The Jackie Presser Story”. He won the Saturn Award for Best Actor for the movie “Arachnophobia” in 1990.

In 1992, he portrayed the role of Ben Wilson in the movie “Timescape” from which he got the International Fantasy Film Award for Best Actor. He was once again nominated for the prestigious award “Chicago Film Critics Association Award” for Best Supporting Actor from the movie “Gettysburg”. He has played the role of Colonel Joshua Chamberlain which got lots of positive responses from both critics and the viewers.

Some of his internationally successful movies are Pleasantville, The Hours, The Squid and the Whale, Good Night, and Good Luck, and The Lookout. Lately, he played the character of Abe in “Looper” in 2012. He is working on the projects such as “Dumb and Dumber To” and “Quad” which will be released in 2014.

His characters in TV series are also very famous. His most notable work is in “The Newsroom” where we can see him in the role of Will McAvoy.

He has altogether won 1 award and was nominated for 4 from this TV series. He first appeared in this series in 2012 and he is still present its cast member. He is also the founder of Purple Rose Theatre Company. Most of his time is involved in it. It has provided the space for the newcomers as well as the talented actors and actresses who have the passion to do something for theatre.

He started dating Kathleen Rosemary Treado who is his high school girlfriend. They had an affair for almost 5 years. He made her his wife and married in 1979. The couple has got 3 children including 2 sons and one daughter. In 35 years of relationship, they have lived happily. Because of this reason, there is no question about their divorce for them.

He has been a successful American actor after taking over many hurdles in his life. He is also involved in politics. He has also an official site for the Annual Jeep event.

As he has also made himself popular in the music industry, he has appeared on many band tours as well. Regarding his height, he is 6 feet 3 inches tall. He is considered as one of the richest celebrities with a net worth of $45 million.