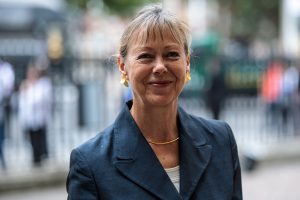 Jenny Agutter (birth name Jennifer Ann Agutter) was born 20 December 1952 to Catherine Agutter and Derek Brodie Agutter at Taunton, Somerset, England, UK. She is an English actress. Her dad is a former British Army officer whereas her mom is an entertainment organizer.

At the young age of 12, she started her career as an actress. She was studying at Elmhurst Ballet School  where one of the casting agent looked for a young -speaking girl for a movie but she was not selected for the film that agent was looking for. Luckily agent recommended her to the producers of East of Sudan in 1964.  In 4 August 1990, Jenny was married to Johan Tham.

Her husband is a Swedish hotelier and also a director of of Cliveden Hotel in Buckinghamshire. On 25 December 1990, Jenny and Johan welcomed their son Jonathan. Currently, they live in London. She is engaged in The Diabetic Association and NCH Action for Children which is a charity that provides home and other help for homeless children Jenny was appointed as Officer of the Order of the British Empire (OBE) in the 2012 Birthday Honours for charitable services.

Energetic and talented Jenny is film as well as TV actress. She was first seen in “The Newcomers” one of the BBC series as Kristy. In 1968, she did “The railway children “which was a BBC adaptation. She played a role of Roberta. In 1969, she was casted in the thriller I Start Counting. In 1971, Jenny won a prestigious Emmy award for supporting role as Fritha in The Snow Goose- a British television film. In 1971, she played a role of teenage school girl in Walkabout.

She also did naked swimming scene in Walkabout. At the age of 21, Jenny moved to Hollywood and was seen in number of movies like The Eagle Has Landed and Logan’s Run in 1976. In 1977, she acted in equus. For this movie she won a BAFTA as Best Supporting actress. Likewise she did Sweet Willian in 1980 and An American Werewolf in London in 1981.

Once again in 2002 she was featured in the BBC television series “Spooks”. In 2012, television series Call the midwife, Jenny play a role of Sister Julienne. She was also seen in 2012 hit movie avengers Assemble as a member of World Security. Again in 2014 she was seen at Captain America: The Winter Soldier. She also made several guest appearances. One of her guest appearances is on the movie The Twilight Zone in 1985.