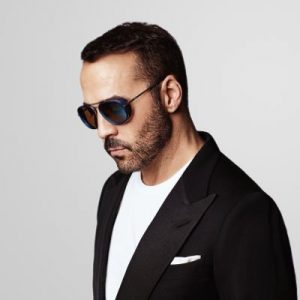 “It’s your job as an actor to fill out the blanks. I love doing that. To fill in the bones.” – Jeremy Piven

As an American film producer and actor, Jeremy Piven has made his wonderful presence in the film industry. He was born in 26th of July, 1965 in Manhattan, New York. He is best known for his role as Ari Gold in Entourage which is the television series. He has won Golden Globe Award for that role. He has also won 3 consecutive Emmy Awards and nominated in many more. He has also portrayed Michael Barth on Seinfeld. Though he had played so many movies, he believes himself as a stage actor.

He grew up in the surrounding of Evanston, Illinois in north of Chicago. He started his career in 1992 when he got the offer to become a regular cast member on HBO’S The Larry Sanders Show. He played the role of head writer Jerry there. This role has given him opportunities to involve more in this field. He has played many different roles from then. In 2004, his popularity increased as he is nominated in Emmy Award as the best supporting actor in the role of Ari Gold.

He has reached the age of 49 from this year. He currently has the residence in Malibu, California. He divides his time between Malibu, California and Chicago. Besides of acting, he has the hobby of playing drums. He has played drums for most of his life and plays them quite well till today.

With the height of 5 feet 10 inch, he is known as the tall guy among the peers. Though he has the excellent physique, he had strand by strand hair transplant to reverse hair loss in his early 20s. He has the net worth of $20 million in which most are contributed from his acting and as the television producer. Besides acting, he is also an outspoken environmentalist. He is also the huge fan of Chicago sports team. It’s amazing to know that he has practiced yoga for over 15 years. As he was born Jewish, he wanted to become the first Jewish football player at Notre Dame in school.

Though he has acted so many times as a husband of different actresses, he has remained bachelor till now. There are so many girls who wanted to be the wife of Jeremy. But he has been always discarding the marriage. He said that he did not want to be a married person. But he has not stopped dating and having an affair with many actresses. So, there will be always a talk that who her girlfriend is at the time. Because of his comment on Playboy Magazine, there have been rumors and gossip that he is a gay. In that interview, he has commented that he is a gay and also emphasized that he is gayer than Liberace in 1972.

There has been the incident from which he had to unexpectedly leave the cast of “Speed the Plow”. As his doctor said, he had the mercury poisoning and had to rest for couple of months. He has also made his presence in different social sites as well. He has a large number of followers in twitter as well as in Facebook. The number of followers of Jeremy in twitter is 2.52 million. This also shows that he is one of the most popular actor as well as the TV producer.

To get more information about Jeremy Piven and his shirtless pictures, you can visit to wiki and other related sites.