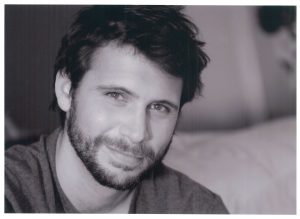 Most talented and dashing American actor Jeremy Merton Sisto was born in October 6, 1974 in Grass Valley, California. He was born to farmer, jazz musician, and educator father Richard Sisto and an actress and farmer mother Reedy Gibbs. Sisto was raised in Chicago with his brother Meadow Sisto who is a popular American actor best known for the film Captain Ron as Caroline. He attended Francis W. Parker School where he was brilliant in studies and other extracurricular activities. During his high school, he appeared in the film Grand Canyon. He then attended UCLA. After completing his studies in UCLA, he started his acting career at the very early age.

Jeremy appeared in many movies and films. He appeared in highway as a killer, a rich brat in White Squall and clueless, in Thirteen as a drug addict, Jesus in a mini-series and an abusive husband in Waitress. He also presented himself as Billy in the HBO series Six Feet Under. He was very much appreciated and praised for his work in Six Feet Under. In the year 2003, he was seen in finale of the WB’s Dawson’s Creek. He also performed in a play Take Me Out. He also auditioned for the blockbuster Titanic for the role of Jack Dawson.

He also has worked behind the scenes as a producer. Together with his friend Ethan Embry, he produced a unreleased movie Taken in the year 1998. In the same way he has produced the movies like Paranoia 1.0 and Three Women of Pain. He also started his own production company in April 2003 named Dima Entertainment. He appeared on Broadway in the year 2006. In the same year, he starred in Kidnapped; short-lived NBC drama series. He also appeared in music videos. In 2006, he was seen in “Wake Up Call” , a song featured in the Maroon 5.

As Detective Cyrus Lupo, he joined the cast of the crime drama Law & Order in the year 2008. He also has voiced batman. Currently he is starring in Suburgatory which is an American television comedy series. In the list of “TV’s Sexiest Men of 2011”, he was ranked #98 by Buddy TV.

Talented actor Sisto was married to Marisa Ryan in the 1990s.It seems that he had many obstacles in his marital relation with his wife hence he faced divorce within short period of time. He had a daughter from his former girlfriend Addie Lane to whom he was married in 2009. He also has a second child named Bastian Kick Sisto. There is no rumor about his dating and affairs.

He is the person with dashing and handsome appearance which mostly attracts the women fans all around the world. He also has numerous fans and followers around the world. He has got that alluring smile and that charismatic appearance that holds his fans encircled around him. His tall height is supposed as his asset for his successful career. Once there was a rumor which assumed him to be gay. His fans and followers can follow him in different social networking sites like Facebook, Google, twitter, Instagram etc. He is the one of the popular actors having numerous searches in the Internet and other social networking sites. We can find a well written biography in wiki and in his personal sites. One can also find his shirtless pictures in his personal sites and Instagram.

Holding the ethnicity as an American and involving in the young profession of acting he is considered as a successful actor. Dashing Jeremy Merton Sisto has long way to go with the blessings of his well-wishers and admirers.