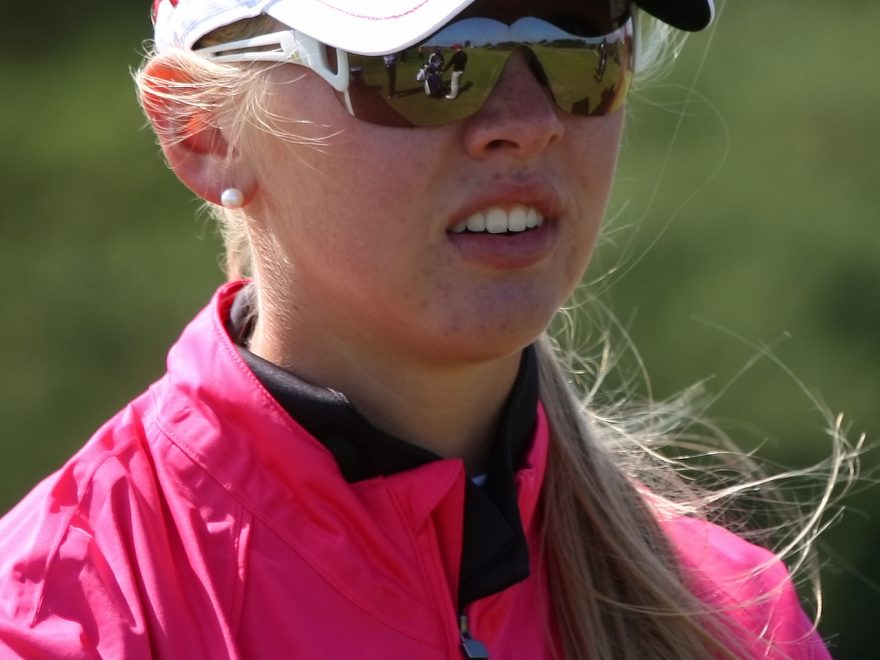 Jessica Korda was born on the 27th of February, 1993 in Bradenton, Florida, USA. She is the daughter of tennis players Petr Korda and Regina Rajchrtová.

She is a professional golfer who plays on the LPGA Tour. Though it seems that she reached this position easily, there has been a lot of effort behind all her successes.

She has started her amateur career from 2009 where she was the member of Junior Solheim Cup. She also held participation in Curtis Cup in 2010 which was held in USA. She won the South Atlantic Amateur in 2010.

It was the beginning of her successful career. She made possible to be a runner up at US Women’s Amateur in 2010. Then, she represented her country in World Amateur Team Championship in 2010 where they finished for 4th position.

For the professional career, she entered LPGA Tour Qualifying School in 2010. She was only 17 years of old at that time. She finished as the runner up in the final qualifying tournament. This made her eligible for the full membership in LPGA Tour which is held in 2011.

During her successes, she became the fourth youngest winner on LPGA Tour event with her victory in Australia in 2012. She has won 3 LPGA Tour which were annexed in 2012 and 2014. She has won these titles in Women’s Australian Open, Pure Silk Bahamas LPGA Classics and in Airbus LPGA Classics.

With the height of 5 feet 11 inch, she is one of the tallest golf player. Because of her tall height and sexy legs and body, she has the large number of followers around the world. She reached the age of 21 from 2014.

With 57 kg of weight and the excellent body measurements, she seems to attract lot of fans.

Her hot body has made her even more popular among the golfer fans. Her latest bikini pictures have also gone viral to teenagers. Because of these reasons, she is categorized as one of the sexiest golf player in the world.

At the middle of the event in 2013 US Women’s Open, she fired her caddy as they had several disagreements. Then, she called her boyfriend, Johnny DelPrete, who is also a professional golfer, to serve her as a caddy. For the rest of the round, he served her and she also kept him for the final round as well.

There have been many rumors about the affair of Jessica. But she had told that she has always been dating to only one guy whom she loves very much. He is also the professional golfer and also served her as her candy in US Women’s Open. Johnny DelPrete and Jessica both commented that they really each other and their feelings as well.

She is famous in social sites as well. She had made her presence in twitter as well as Facebook.  She has 30.5 thousand followers in twitter. Her swimsuit pictures in different sites have also helped to increase her popularity.