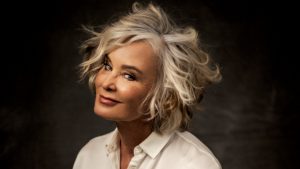 We know the accomplished 65 year-old actress Jessica Lange as a multitalented actress who can act, sing and even write – but she doesn’t brag about it.

Undoubtedly, she has been the best actress for many people around the globe for many years now, but it’s not only her acting that attracts people. Despite being one of the most celebrated people in the country, she always appears as a normal human being in her public appearance – accurately, as the person who can accept her both dark and bright sides. Thus, people appreciate her for the person she is. Plus, she is a loving foster parent and kind humanitarian, whom UNICEF has chosen as it’s Goodwill Ambassador whose major responsibility is to help the world fight against HIV/AIDS.

And, she has publicly disclosed that she is a victim of depression. Her depression may be the driving factor of her usual shyness, and this may be the reason why she is so shy when it comes to her personal life.

A human can be many things at once – she is a perfect example of the fact. A loving grandmother, actress, humanitarian, singer, photographer and even writer, Jessica has travelled many places across the world plus now lives like a queen. But, her early life wasn’t as pleasant as it is now.

Her father was a teacher and travelling salesmen who had to take his family to different places in an unplanned way because of his profession. Artistic young Jessica had already encountered so many places and people in the process that she would know many things that her age teens wouldn’t even have idea about.

Anyway, in-depth details of her present to past relationships aren’t disclosed to the media. But, we know she has been in what we may call a relationship with 3 popular men till now. She was married to Spanish photographer Paco Grande from 1970 to 1981. They fell in love while Jessica was just 18 and Paco was 24 – (1967). Clearly, their relationship got deeper because they both praised art and shared travelling interests. At the age of 19, she gets her first tattoo “a crescent moon” on her hip.

After that, Jessica abandons her study and decides to travel US and Europe with her young love and, finally in the year 1970, the couple gets married in Minnesota and later, they move to New York to fulfill their aspirations. In the year 1971, she moves to Paris to learn mime with reputed teacher Etienne Decroux upon being attracted by French cinema.

After two years in Paris, she returns to New York to start an acting career. But, at this point of time, her marriage with husband Paco attracts conflict, and the fire starting factors were their respective busy life and the long gap of living separately. Unfortunately, they part ways in months of getting back together and Jessica takes a job as a waitress and model to live in the busy city.

Now fast forwarding to 1981, a mother and aspiring actress Jessica pays a huge amount of money to Paco as divorce alimony. Although she was unhappy by the way things ended with her first love, she was happy at the same time with her Russian dancer boyfriend Mikhail Baryshnikov, whom she had met around 1976-1977 after her big debut movie King Kong release. Mikhail and Jessica’s daughter Alexandra was born in the year 1981 as well.

Oscar nominee Jessica (Frances) and Sam first met in the set of Frances in the year 1982. In the same year, Jessica wins Oscar for Tootsie and even falls in love with Sam. Surprisingly, her three decades of relationship with Sam ends in the year 2011 in a mutual understanding. They have two children altogether namely Hannah and Walker.

Truly, the three kids must have learned so much from their mother Jessica while growing up.

Ex-model Jessica has got a high sex appeal, thanks to her genuine personality, perfect face, hot hourglass shaped body with body measurements of 36-24-36 inches, and tall height of 5 feet and 8 inches. Even at the age of 65, she looks so young. Judging by her pictures from past to present, many people now believe that she has undergone various plastic surgery procedures such as brow-lift, face-lift and many more. However, she hasn’t verified any plastic surgery rumors.  Moreover, she has a fit weight of 134 lbs.

Nevertheless, she is a premiere model of renowned Fashion designer Marc Jacobs popular beauty line Marc Jacobs Beauty even at the age of 65 for a reason. Simply, her name itself is a brand. Plus, her different life phases can represent the story of diverse age-groups of woman.

Other wiki on her personal and professional life can be accessed via Wikipedia and IMDB’s biography on her. Her fans can connect her or her Fansites via social networking sites like Twitter, Instagram and Facebook. Furthermore, Google Search would be a good option to view her sexy bikini pictures. Lastly, her net worth is believed to be around 15 million US dollars.