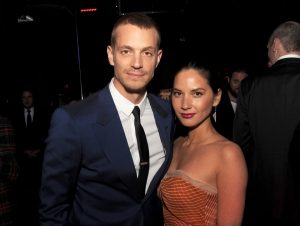 Joel Kinnaman is a Swedish actor who is best known for his role as Alex Murphy in “Robocop”. He was born in 25 November, 1979 in Stockholm and his full name is Charles Joel Nordstrom. He is very popular actor in his native land and known for the title role in the movie “Easy Money”.

He started his career in 1990 when he got the opportunity to play in the Swedish TV series “Storstad”. He officially involved in movies from 2002. He played the role of Kalle in “Den osynlige”. Since then, he appeared in many movies. Some of his popular and successful movies are ThE Robocop, The Killing and Easy Money. From the Easy Money, he also won the Guldbagge Award for the Best Actor.

In 2010, he came up with yet another successful movie “Easy Money”. In this movie, he played the role of Johan Westlund which became very famous among the viewers. He was critically acclaimed by this movie. He also won the Best Actor in Guldbagge ward. In 2011, he appeared in the internationally as well as commercially successful movies.

He appeared as Skyler in “The Darkest Hour”, Christer Malm in “The Girl with the Dragon Tattoo”, Keller in “Safe House” and Luke in “Lola Versus”. He also appeared in Easy Money II and Easy Money III. In 2014, he was given the offer to play the title role in “Robocop”. His acting skill was once again critically acclaimed. He is currently engaged in “Child 44”, “Run All Night” and “Knight of Cups” which are due to release in 2014.

He has also appeared in different TV series. In 2008, he played the role of Gustav in Swedish TV series “Andra Avenyn”. From 2011 to till now, he is playing the role of Stephen Holder in US TV series “The Killing”. He is also nominated for the Saturn Award for the Best Supporting Actor in Television from this series.

In context of his height, he is 6 feet 2 inch tall. Though he is Swedish by nationality, he held the dual citizenship of both Sweden and US. He has reached the age of 34 and did not involve himself in any unwanted activities. Because of this reason, there are no official record of his dating, affairs and the girlfriends. Though he is not sexually a gay, he is sometimes accused of it. Recently, he is involved with Olivia Munn. Despite the fact that it is not officially declared, they seemed to be inseparable. They have not yet thought about getting married. He wanted his future wife to be trust worthy and Munn also want to co-operate with him in better terms. Hope, they will soon get married!!!

He is also popular for his tattoos. He has got tattoos in his both arms. His tattoos pictures can be seen in the web as well. He has maintained his body properly through the regular exercise. He has the net worth of $215 million. He is also one of the highest paid actor in Hollywood. He is of white ethnicity. He is available in social sites such as twitter and Instagram. There are large numbers of followers in twitter. His shirtless pictures are also available in the web. To know more about his biography, you can visit Wikipedia and IMDB.  If you want to improve your knowledge about any celebs, please visit us.