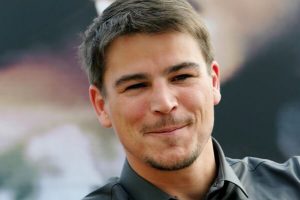 An American actor and producer Josh Hartnett (Birth name Joshua Daniel Hartnett) was born in July 21, 1978 in Saint Paul, Minnesota and now his age is 36 years old. He is well known for his best role in the tv shows dramas including television crime drama series ‘Cracker’ and in the movies such as ‘The Faculty’, ‘Pearl Harbor’, ‘Black Hawk Down’, ’40 Days and 40 Nights’, ‘The Black Dahlia’ featuring Scarlett Johansson and many more. As a producer, he was able to produce to successful movie such as ‘August’ and ‘Nobody’.

Recently, he has starred in the horror TV series ‘Penny Dreadful’, his performance in the epic war movie Pearl Harbor was highly appreciated by the audience and praised by critics. For his awesome contribution in the Hollywood industry, he was able to grab several awards and he was also nominated for several movies. As a successful actor and producer, it is believe that he has estimated net worth of $25 million dollars.

The son of building manager, Hartnett was born and raised by his father Daniel Thomas Hartnett and his step mother Molly who was the strict follower of Roman Catholic. From the early age, his parents used to allow him to participate in roles of Adam Apple when he was in Lord Catholic Grade School; later on he was graduated from the South High School in Minneapolis, Minnesota. As a child, his passion for sports especially football never seemed to offend his thirst, but after he got severe injured, the only options left for him was to leave the football.

He was deeply hurt by the incident and everybody near his circle knew about his incident, however, it was his relative and parents who encouraged him shift his passion. He was motivated to be in the audition of Tom Sawyer which was produced by Youth Performance Company. As he joined the audition that result him to win the part of Huckleberry Finn, he was deeply moved from the participation and fell in love with the acting. This was the turning point for him in his life and it made him what he is today.

During the initial startup in his acting career when he was young it was not easy for him as he dreamed about being successful actor. When he arrived in Los Angeles he had to perform numerous small plays and also perform on the national television commercials before being first cast in his first feature film in ‘Halloween H20: 20 Years Later’ as the son of Jamie Lee Curtis. Following the success in the box office, Harnett soon develop a film career and began to appear in many Hollywood movies.

Harnett is a tall guy with a height of 6 feet and 3 inches who is considers being tallest celebrity among other known superstars. He is very good looking person with a body weight approximately about 80 kg. He has a very well built body with his regular exercise.

He maintains his fitness. Although, there is not much information about his affairs and dating history, but the media has able to reveal some personal facts about his affair with his so called girlfriend Tamsin Egerton. He seems to introvert person who doesn’t like disclose about his personal matter so it has not been officially recognized that he is married or he has wife. Regarding, he is not gay since he is in the close relationship with his girlfriend Tamsin.