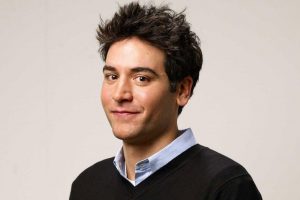 Joshua Thomas Radnor better known by his stage name of Josh Radnor was born on the 29th of July, 1974 (his age is 40 years old) in Columbus, Ohio, United States of America. His parents were father Carol Radnor and mother Alan Radnor who had other two children besides them.

As a child, he attended jewish day schools and studied in Columbus Torah Academy. He graduated from Bexley High School and after graduating, he attended Kenyon College.

There he was started acting was an active member in the theatre department. In the spring of 1995, he did training from National Theater Institute at the Eugene O’Neill Theater Center, and in the same year he received from Paul Newman Award.

After graduating from Kenyon in 1996 after he received a bachelor’s degree in drama, he attended New York University’s Graduate Acting Program and achieved his master’s degree in Fine Arts at the Tisch School of the Arts, 1999.

Josh is a screenwriter/ actor, director as well as producer. He started his acting career in 2001 after he was casted in Off Centre. The following year, he made his Broadway debut in The Graduate; starring Kathleen Turner and Alicia Silverstone. He also acted in 2005, he was casted in his major role of Ted in How I Met Your Mother. He also started in the 2008 play Finks. As a director, he made his debut after directing the film HappyThankyouMorePlease in which he did acting as well.

In 2012, he just played his second film which was liberal arts, a comedy drama. In the October of 2014, he is said to be featured in Broadway’s Disgrace. He has also appeared in feature films and independent movies. Josh has been in 2 major relationships. At least, that is what has been recorded on the web. His first affair was with his girlfriend Lindsay Price, who was an actress too.

The couple met on a set while shooting How I met your mother in 2005and it was in 2008 that they had started dating each other. But a lack of understanding led the relationship to discontinue, and they broke up a year later. Nowadays, he is reported to have a girlfriend by the name of Madeline Zima. Although much is not known between the two, it is believed that they have now been dating for two years and their relationship is going smooth.

He has not been married till today and thus has no wife. Although, he is not the most popular actor, but he is very talented. Successfully portraying the different types of roles that he has been given to play, he has been a crowd’s favorite. And it is his hard work that earns him his glory and money.

His estimated net worth in 2013 was supposed to be around 16 million USD. He is an American citizen by birth and is jewish by religion. Having a well-built physique, he also has a fairly goo height.

He is 6 feet tall and measures 183 cm to be exact. He also has a pretty good body to carry with his height. Although there has been a lot of questions about him being gay or not, I think he is not gay.