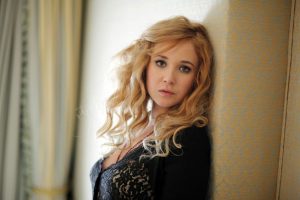 Juno Temple is an actress born and raised in England. Juno Temple was born in the city of London. She is the daughter of film producer Amanda Pirie and movie director, Julien Temple. She grew up in the suburb of Somerset, England. She firstly attended Enmore Primary School, then Bedales School, and finally King’s College, Taunton for her studies.

She has two younger brothers. They are Leo Temple and Felix Temple. She began her career as a child actress in the 1997 movie Vigo: Passion for Life. She was starred in another film directed by her father in 2000 when she portrayed Emma Southey’s role in the movie Pandaemonium. She has been critically praised for numerous supporting roles.

She played her role in Notes on a Scandal with angst, while her impressive performance as Lola Quincey in atonement has been admired. She auditioned for the role of Luna Lovegood in Harry Potter and the Order of the Phoenix but unfortunately the role was given to Evanna Lynch. Some of her other movie credits include Celia in St. Trinian’s and St. Trinian’s II: The Legend of Fritton’s Gold, as Drippy (Jennifer Logan) in Wild Child, and Jane Parker in movie The Other Boleyn Girl. Temple starred as Eema in the comedy Year One in 2009 alongside Jack Black and Michael Cera.

She also portrayed the role of Anna in Jaco Van Dormael’s Mr. Nobody and Di Radfield in the movie adaption of Sheila Kohler’s Cracks. She has recovered from smoking excessiveness and is now okay. She even got a starring role in Abe Sylvia’s Dirty Girl, which premiered at the Toronto International Film Festival 12 September 2010, co-starring actress Milla Jovovich, actor Jeremy Dozier, William H. Macy, Mary Steenburgen and Tim McGraw. She has even appeared in Kid Harpoon’s music video “Milkmaid” and Plushgun’s music video “Just Impolite”.

She appeared in a sketch for FunnyOrDie called “Cycop” in 2010 which premiered on 12 July 2010 and featured as the protagonist from the film The Mother of Invention in a poorly produced movie from his creation. The sketch starred Temple herself, Andrew Bowser, Ryan Cartwright and another talent Zelda Williams. She also had a lead role in the film kaboom, which was the first winner of the Queer Palm. Temple had an appearance in the Elgin James movie Little Birds. James offered her the choice of portraying either of the two female lead roles and she chose to portray the character of Lily.

They continued to collaborate and refer to each other as best friends in interviews and public events. James has said he made the movie Little Birds to honor the strong women that came in his life, including Juno Temple. Temple won the EE Rising Star BAFTA Award in February 2013, which was voted for by the public. She is a hot and sexy actress with blonde hair and blue eyes. She has a nice body shape. Her body measurements are cited to be 30-24-32 inches in the bust, waist, and hip respectively. Her height is five feet and two inches.