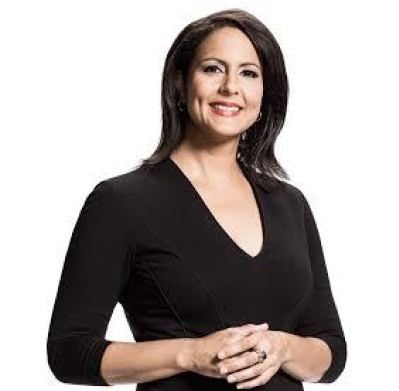 We are getting a bit political today or not. It’s really hard to get political, you know.  Everybody today  are not interested in politics and much of the interested  population cannot express their political views.

They lack is knowledge which Karen Finney, an experienced personality in politics turned to political commentator at MSNBC has. Thus she is always calm and always presents intelligent analysis of politics. Not only this, she is funny, educated and young. I always respect for her stands in life. I also think as she is young, she has also encouraged other young people to think about politics in some way.

Wikipedia doesn’t give you much of the information about her. So, i researched over internet and found she is deeply affected and influenced by the civil war and respects every part of her past. Her family was slaves of a man named Finney .

The last name Finney comes from the same man. Being part of the civil war and racism was very hard, and we can imagine the struggle she , her parents and her grandparents went. She is a biracial with an African-American father and a white mother.  So we can say, she has American nationality with an African-American ethnicity,  But today we will be discussing more about her personal life in terms of her relationship.

She is probably on her late 30’s or early 40s and married to nobody. She is single probably because of her busy professional life or maybe she hasn’t met anybody right yet. But she has her political insights on marriage. In an article she wrote in 2010, she supports the ruling of Proposition 8 as unconstitutional by the district court .

Proposition 8 was generally a state constitutional amendment opposing same-sex marriage. In the article, she mentions the Gallop poll  of 1967 which shows that about 74 percent of Americans disapproved interracial marriage, and the Americans have come so far.

She thinks every citizen is equal in America and the constitution protects them and an American citizen no matter of their ethnicity, past nationality and race deserves respect for their contribution to the history and efforts for benefit of the country.

We will focus now  on the ongoing rumour of her relationship with Jonathan Capehart, a journalist and  member of the editorial board of the Washington Post  and contributing commentator for MSNBC.

This so called affair got projected as a rumour due to the incident during the show”The last word with Lawrence O’Donnell” where Capeheart refers her as ” My darling wife”.

But this rumour cools down later in the media when the well know gay man clarifies using a humour  in his tweet stating he is just her gay husband.

Now let’s be clear on some points. People make rumour about most of the famous person. That doesn’t clarifies  the rumour raised is right or wrong.

But as we are clear that she is a single women, all the rumour about her divorce ,wedding or her boyfriend is false. She is a very private kind of person and doesn’t like people digging in others personal life.

Her show “Disrupt with Karen Finney” comes every weekend on MSNBC. Her appointment in MSNBC was the effort by the company to diversify its working team. People began call her new black host of MSNBC.

Earlier, she was known as the first African-American spokeswomen of Democratic National committee. Perhaps, a right-wing group organization didn’t like that and let its media analysis director, Tim J Grahm tweeting about Karen not being black enough because she hasn’t enough tan. Tim got deeply criticized by people all over the country.

I am just wondering, how Karen Finney has emerged herself as a prominent figure in past years. She is always amazing to watch. She is always famous for her intelligent democratic views and strategies. Plus she is definitely hot which attract more of her fans. She has encourraged every people of the world to think about the world we are living in rationally.

Karen Finney was born in . Karen Finney is Television Host by profession, find out mroe facts, education, weight, and more.