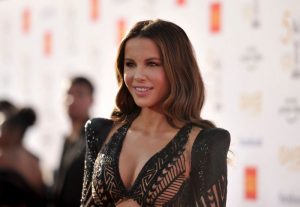 She is a British/American actress and her role in the movie “Underworld” is more popular than the film itself. Indeed she looked sexy and hot in the skin-tight Underworld outfit.

She is also known for her unique smile along with her eyes lips, body figure and other of her assets. When she was growing up as a kid, she decides to be an actress being inspired by the life of her father and mother, who were both in the acting business and performances of Jeanne Moreau, a reputed French actress. She also has a parental half-sister, actress Samantha Beckinsale, but they don’t contact each other much often.

She wanted to be a burglar when she was small kid, and now, she has been able to rob hearts of millions or even billions of people all over the world by her acting skills and her beauty

After the death of her father Richard Beckinsale due to a sudden heart attack, she gets deeply traumatized.  She was just five years old when Richard died. Richard was a famous actor in Britain at the time and his daughter Kate adored him a lot. When she was nine years old, her widow mother moves in with director Roy Battersby and she has to live along with other five children of Roy.

She was treated equally like the other kids of the house and therefore, she develops close relationship with her step-father. But she took time understanding the new environments and teenage life. She has described herself as a late bloomer because in her teenage days, she couldn’t understand her friends behaving like a grown up and kissing boys and drinking cider.

She goes through a hard time being a teen and soon develops anorexia at the age of 15 and gets treated by Freudian Psychoanalysis technique for four years.

She may have a hard time understanding the outside world when she was a kid, but she was also a bright kid. She starred for the first time in television at the age of five in an episode of the show “This is your life”, dedicated to her father.

She gets her school education from Godolphin and Latymer School in Hammersmith, West London and she develops her acting abilities and theatre skills as a member of the Orange Tree Youth Theatre. She wins WH Smith Young Writers Award for two times in her teenage years.

Later she leaves New College, Oxford because of her growing acting career after spending her third year of university in Paris as a part of compulsory program prescribed by the University. She was studying Russian and French literature at Oxford.

She has played in more than 30 movies till now. She has won 3 awards in total since she started acting including Catalonian international film festival Best actress 1997, British supporting actress of the year 1999 and Spike Guy’s Choice Award Jean Claude Van Dam in 2012  and she is also nominated in almost a dozen of award nomination.

First she debuts in television in Britain in 1991 with a small role in Devices and Desires. Slowly, she makes her way up to the British mainstream movie industry working in various big to small projects, radio and stage productions and later debuts in Hollywood in 1998 in the movie The Last Days of Psycho.

She is one of the few actresses in Hollywood who works not only on comedy movies and big movies projects but also on small-scale drama and action movies. Now she is one of the prominent figure in the United States and United Kingdom.

Talking about her past and present relationship status, she has dated three lucky guys until now. Her husband is filmmaker Len Wiseman. Originally, what happens is Kate tries to approach Wiseman to ask to cast her long-time boyfriend, Welsh actor Micheal Sheen in his film Underworld. Both, Micheal and Kate works for the movie Underworld in 2003. Ironically, Kate falls in love with Wiseman on the set of Underworld.

Wiseman divorces his wife Dana and Kate end her eight years of relationship with Micheal to marry each other. Finally, Len and Kate’s marriage takes place on May 9, 2004 making Len legal step-father of Kate and Micheal’s daughter Lily Mo Sheen.

Many people get surprised when they find Micheal, Kate and Len are in good terms and close to each other. They all adore each other and respect whatever happened in the past.

Micheal is close to his daughter and Len’s family. All three of them along with Lily has been seen together enjoying time with each other. Its shows Micheal, Len and Kate care for their daughter and they make sure that they get along and have legitimate family time together.  Kate also dated Edmund Moriarty from 1992-1993. Len’s ex-wife Dana feels she has been cheated by her ex-husband Len Wiseman.

Talking about her body measurements, she stands tall with height of 5 feet and 7 inches. She has a super hot body and beautiful legs and thighs. She is 40 years old of age (born on 26 July 1973) and a mom to her 15 years old daughter Lily.

Her body is perfectly slim which she maintains with the help of her personal trainer Ramona Braganza and Mandy Ingber. She is one of the hottest women in the world and one of the most reputed actresses in the world. You can check more about her from Wikipedia, her Twitter page, YouTube, and Google.