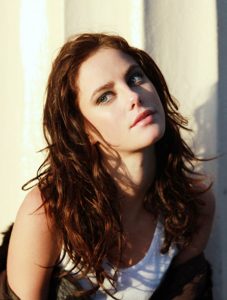 Popularly known for her wide blue eyes and slender figure, Kaya Scodelario has portrayed her capabilities in E4 teen drama “Skins” as Effy Stonem. Her birth name was Kaya Rose Humphrey. She was born in 13th of March, 1992 in Haywards Heath, England. She is an actress as well as the model. When she was a child, her parents got divorced.

So, she was brought up by her mother and she adopted her surname ultimately. Her career started at the age of 14 when she was cast in the first series of Skins in 2007. In the audition, she seems to be very small for the character. But her talent got attention by the producers of the series. Her character developed considerably in 2008 series and she became the central character in 2009 and 2010 series.

Her performance was well received by the critics. Because of this reason, she was nominated for the Best Actress at the TV quick award in both 2009 and 2010. She left the Skins after fourth season as she make the way for the 3rd generation of the characters. She made her debut in films in 2009.

She acted on the science fiction thriller movie “Moon” and got positive review as well. She was well received by the audiences in “Cloash of Titans” where she played the role of “Peshet”. She has worked in different movies in between these periods. She has also appeared in other many TV series such as “Southcliffe”, “True Love”, “Walking Stories”. She has always emphasized on her acting.

She is currently involved in “The Maze Runner”, “Tiger House” and “The Moon and the Sun”. She has also appeared in different music videos. There also, she has maintained her acting capabilities. In 2009, she revealed that she has been dating wirth her Skins co-star Jack O’ Connell.

Their relationship was broke up in 2009 and she said that they are remaining good friends. Then, she got an affair with Elliot Tittensor in late 2009. But she broke up with her boyfriend in early 2014. Her fans have also supported on their relationship and many thought that they would get married. Unfortunately, that cannot happen now.

So, you can get your hopes up as she publicly said that she is trying to find out the best person to become her husband. She is 5 feet 6 inch tall and has the weight of 55 kg.

Her husky voice and the body measurements of 32-23-34 can influence many people to follow her. She is also known for her thin body frame and dark brown hair color. She has the net worth of $5 million. You can also connect her through twitter and Instagram as she is the regular user.

She is popular in these social sites as well. She has 454 thousand followers in twitter. She believes that the woman should be independent and strong. She suffers from dyslexia which has really affected her self-esteem. She always tries to improve her acting capacity.

She has also been voted as the 13th in the FHM’s 100 World’s Sexiest Women in 2010. With a blooming film career as well as her height of success in TV career, she is certainly someone to be watched.