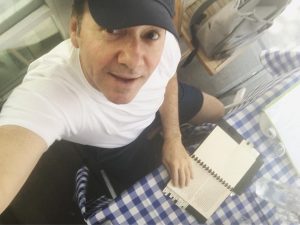 “The less you know about me, the easier it is to convince you that I am that character on screen. It allows an audience to come into a movie theatre and believe I am that person.” – Kevin Spacey

Known for the deadpan delivery and the recognizable drawling voice, Kevin Spacey is one of the talented and versatile actor in film industry. He is an actor, producer, director as well as screenwriter. Culminating Academy Awards for 2 times, he has become one of the legends in this industry. He has made great impressions towards viewers as well as the critics.

He was born in July 26, 1959 in South Orange, New Jersey. He started his career as a stage actor in 1980s. his first professional stage performance was as a spear carrier in “Henry VI”. From 1981 to 1986, he was appeared in various stage performances. From 1986, he became a prominent stage actor when he played the role of Jamie in “Long Day’s Journey into Night”.

He made his first appearance in TV from “Crime Story” where he played the role of Kennedy- esque American senator. His interest was in the films but he remained in the theatre community for a long period of time. He won the Tony Award in 1991 for his portrayal of Uncle Louie in “Lost in Yonkers”. He first appeared in the movie in 1986 from “Heartburn”. Because of his excellent performances, he got offer from many movies. But not until 1995, his popularity remains in the fixed position.

He often plays deceptively intelligent ruthless men and also the cold blooded and sadistic characters. He is well accepted from both the critics as well as the viewers from his various roles. During his career, he earned several Emmy and Golden Globe nominations. His famous movies include L.A. Confidential, Pay It Forward, K-PAX and Superman Returns. He is also an artistic director of the Old Vic theatre. He is currently involved in the Netflix series “House of Cards” where he is playing the role of Frank Underwood. His upcoming project is “Call of Duty” which is related to warfare.

He is a tall guy with the height of 5 feet 10 inch. Though he stepped the age of 55, he is still single. In 1999, Sunday Times stated in the article that his love affair is with acting and many did not have seen his visible partner till today. In the question of whether he is a gay, he has simply said that he do not want to pimp his personal life out for publicity.

In 2000, he took his girlfriend, Dianne Dreyer, as a partner for Academy Awards and also thanked her in his acceptance speech for Best Actor Award. Since he has not disclosed his personal information to any media, there are no hard evidence about his dating, wife, married life, children and divorce. Hope, he will soon get married and the rumors about his boyfriends are false!!!

During his career, he has earned the net worth of $80 million. He looked dashing and handsome till today though he has already crossed his young age. He was also ranked #56 in Empire Magazine as “The Top 100 Movie Stars of All Time” in 1997.