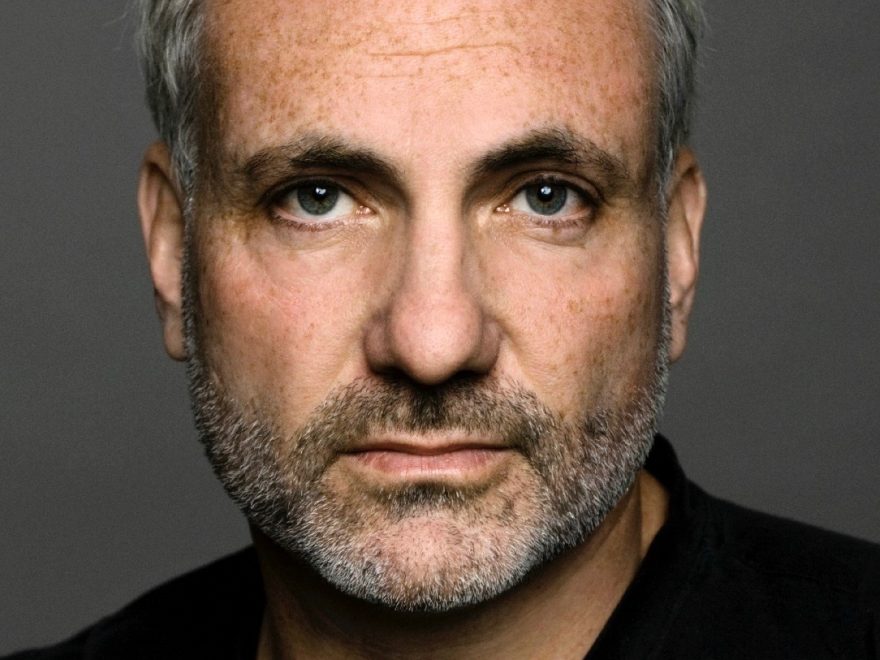 I phoned the writer and said this is not possible to do. I don’t like the ending to be sad. I want a happy ending. So I called him and said nobody should follow a tv serial ending up so badly. That’s no hope. I want to give people hope.”    – Kim Bodnia talking about his escape from the television series The Bridge during an interview

Born on 12 April 1965  in Copenhagen, Denmark to a Jewish family, Danish actor Kim Bodnia is internationally recognized for portraying one of the lead characters namely homicide detective Martin Rhode in the famous Scandinavian crime drama television series The Bridge.

The 49-year-old actor is one of the most talented Danish actors in Danish people’s eyes. Plus, many popular Danish and international directors regard him as one of the most talented and hardworking actors of Danish nationality. And, the actor is also awesomely humorous and generally projects himself as a straightforward person. With a tall height of 5 feet and 10 ½ inches and a build-up body, Kim specializes in portraying macho characters, and he is widely known for his macho roles such as Martin, Jens (Nattevagten,1994), Frank (Pusher, 1994), Vladimir Dragunsky (Delhi Belly, 2011), Rosewater (Rosewater, 2014) and many more.

Another wiki on him including his movies can be accessed via his Wikipedia biography.

Theatre graduate from the world-famous Danish National School of theatre in 1991, young Kim’s journey to the industry was an unexpected one. Originally, he wanted to be a goalkeeper. But, his dream to be a professional football player was shattered after he went through a severe foot injury. During his growing years, he also enjoyed being Zealand Youth Champion in the long jump, and a fast 100-meter runner.

Later, Kim as a young student of theatre saw himself excelling in comic roles while he participated in frequent theatres organized by the theatre group Espergærde Ungdomsskole. After that, all he needed was some suggestions from his mother to join the world-famous National Theatre Group. At the age of 16, he applies to join the reputed institution and fails.

Believing in himself, Kim applies again for the second time and finally gets selected. Soon after completing his study at the National Theatre Group, Kim gets some hard-boiled personality-based roles because of his good physique, tall height, and promising acting background.

Theatre turned movie and tv shows actor Bodnia was successful once again in winning fans’ hearts with the role of eponymous interrogator Rosewater in the August 2014 released movie Rosewater.

Now, moving on to his personal life, he is a married man with four children – a son named Louis from his ex-wife whom we know as actress Lotte Anderson and three children namely Charlie, Miles (sons), and Nomi (daughter) from his current loving wife whom we know as actress Rikke Louise Andersson. Not surprisingly, the cause of his divorce from Lotte is not known as he doesn’t share everything with the media. Moreover, no other rumors are present on any media regarding his married, wife, divorce, children, girlfriend, affair, or dating life. Also, his exact net worth is not known, but it is thought to be one of the highest in Denmark in the acting category.

“I am very good at comedy. But in my acting schools and traveling, I had to choose. So, I chose the dark side.” – Kim Bodnia